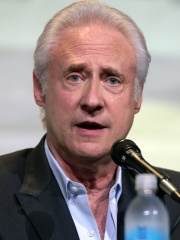 Brent Jay Spiner (; born February 2, 1949) is an American actor, comedian, musician and singer best known for his portrayal of the android Data in the television series Star Trek: The Next Generation and four subsequent films. In 1997, he won the Saturn Award for Best Supporting Actor for his portrayal of Data in Star Trek: First Contact, and was nominated in the same category for portraying Dr. Brackish Okun in Independence Day, a role he reprised in Independence Day: Resurgence. Read more on Wikipedia

Since 2007, the English Wikipedia page of Brent Spiner has received more than 3,095,105 page views. His biography is available in 32 different languages on Wikipedia making him the 1,759th most popular actor.