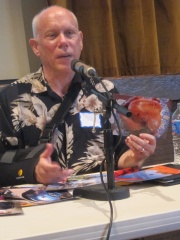 Bill Atkinson (born March 17, 1951) is an American computer engineer and photographer. Atkinson worked at Apple Computer from 1978 to 1990. Atkinson was the principal designer and developer of the graphical user interface (GUI) of the Apple Lisa and, later, one of the first thirty members of the original Apple Macintosh development team, and was the creator of the ground-breaking MacPaint application, which fulfilled the vision of using the computer as a creative tool. Read more on Wikipedia

Since 2007, the English Wikipedia page of Bill Atkinson has received more than 230,646 page views. His biography is available in 15 different languages on Wikipedia making him the 309th most popular inventor.