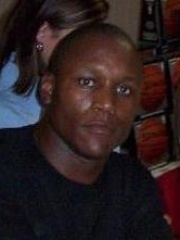 Barry Sanders (born July 16, 1968) is an American former professional football player who was a running back for the Detroit Lions of the National Football League (NFL). A Pro Bowl invitee in each of his ten NFL seasons and two-time NFL Offensive Player of the Year, Sanders led the league in rushing yards four times and established himself as one of the most elusive runners in pro football with his quickness and agility. In 2007, he was ranked by NFL Network's NFL Top 10 series as the most elusive runner in NFL history, and was also voted the greatest short player of all time as well as being placed #1 on the list of the greatest players never to play in a Super Bowl. Read more on Wikipedia

Since 2007, the English Wikipedia page of Barry Sanders has received more than 3,648,254 page views. His biography is available in 15 different languages on Wikipedia making him the 26th most popular american football player.