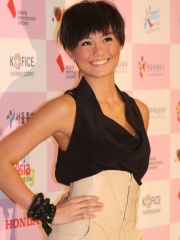 Agnes Monica Muljoto (born 1 July 1986), known professionally as Agnez Mo, is an Indonesian singer, songwriter, actress, performer, and dancer. Mo recorded three children's albums and became a presenter of several children's television programs before releasing her first teen album, entitled And the Story Goes in 2003, which catapulted her name back to the Indonesian music industry. Her homeland success encouraged her to target the international music industry. Read more on Wikipedia

Since 2007, the English Wikipedia page of Agnez Mo has received more than 721,351 page views. Her biography is available in 142 different languages on Wikipedia making her the 3,943rd most popular actor.