This page contains a list of the greatest Swedish Musicians. The pantheon dataset contains 2,662 Musicians, 60 of which were born in Sweden. This makes Sweden the birth place of the 5th most number of Musicians behind Germany and France.

The following people are considered by Pantheon to be the top 10 most legendary Swedish Musicians of all time. This list of famous Swedish Musicians is sorted by HPI (Historical Popularity Index), a metric that aggregates information on a biography’s online popularity. Visit the rankings page to view the entire list of Swedish Musicians. 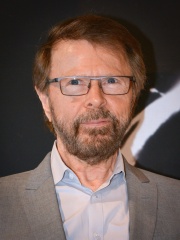 With an HPI of 71.08, Björn Ulvaeus is the most famous Swedish Musician.  His biography has been translated into 50 different languages on wikipedia. 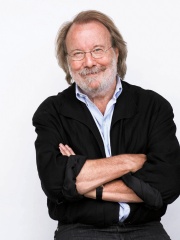 With an HPI of 70.25, Benny Andersson is the 2nd most famous Swedish Musician.  His biography has been translated into 51 different languages.

Göran Bror Benny Andersson (Swedish pronunciation: [ˈbɛ̌nːʏ ˈânːdɛˌʂɔn] (listen); born 16 December 1946) is a Swedish musician, composer and producer best known as a member of the musical group ABBA and co-composer of the musicals Chess, Kristina från Duvemåla, and Mamma Mia! For the 2008 film version of Mamma Mia! and its 2018 sequel, Mamma Mia! Here We Go Again, he worked also as an executive producer. Since 2001, he has been active with his own band Benny Anderssons orkester. 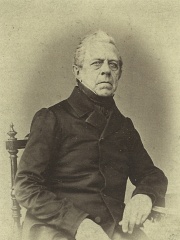 With an HPI of 59.49, Franz Berwald is the 3rd most famous Swedish Musician.  His biography has been translated into 35 different languages.

Franz Adolf Berwald (23 July 1796 – 3 April 1868) was a Swedish Romantic composer. He made his living as an orthopedist and later as the manager of a saw mill and glass factory, and became more appreciated as a composer after his death than he had been in his lifetime. 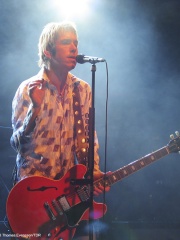 With an HPI of 58.75, Per Gessle is the 4th most famous Swedish Musician.  His biography has been translated into 34 different languages.

Per Håkan Gessle (Swedish pronunciation: [ˈpæːr ˈhôːkan ˈɡɛ̂sːlɛ] (listen); born 12 January 1959) is a Swedish singer, songwriter and guitarist. He is best known as the male half and primary songwriter of the Swedish pop rock duo Roxette, which he formed with Marie Fredriksson in 1986 and which was disbanded after her death in 2019. The duo achieved international success in the late 1980s and early 1990s with their albums Look Sharp! (1988) and Joyride (1991), and topped the charts in the US four times, most notably with "It Must Have Been Love" which was featured in the film Pretty Woman. Prior to the formation of Roxette, he had a successful career in his native Sweden as the frontman for Gyllene Tider. The band released three number-one albums during the early 1980s but disbanded shortly after their fourth album, The Heartland Café (1984). In-between periods in Roxette and Gyllene Tider reunions, Gessle recorded numerous solo albums, both in Swedish and English. After Fredriksson's illness in 2002 he released Mazarin (2003). The album was a critical and commercial success for Gessle and started the beginning of a long term collaboration with the backing vocalist Helena Josefsson. With Fredriksson's continued treatment and recuperation he made three more albums, Son of a Plumber (2005), En händig man (A handy man, 2007) and Party Crasher (2008). After Roxette's Neverending World Tour finished in 2015 he produced another set of solo efforts, En vacker natt (2017), En vacker dag (2017) and Small Town Talk (2018). In 2016 he started using the pseudonym Mono Mind, first releasing a few singles before delivering a full album, Mind Control, in 2019. Gessle was the main songwriter for both Roxette and Gyllene Tider. 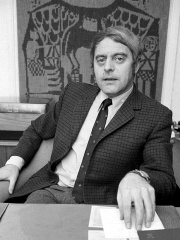 With an HPI of 58.56, Stig Anderson is the 5th most famous Swedish Musician.  His biography has been translated into 20 different languages.

Stig Erik Leopold Anderson (25 January 1931 – 12 September 1997), better known as Stikkan Anderson, was a Swedish music manager, lyricist and music publisher. He was the co-founder of Polar Music, and is best known for managing the Swedish pop band ABBA. 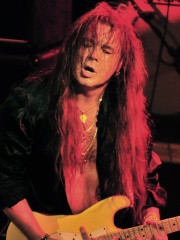 With an HPI of 58.51, Yngwie Malmsteen is the 6th most famous Swedish Musician.  His biography has been translated into 42 different languages.

Yngwie Johan Malmsteen ( ; born Lars Johan Yngve Lannerbäck, 30 June 1963) is a Swedish guitarist. He first became known in the 1980s for his neoclassical playing style in heavy metal, and has released 22 studio albums in a career spanning over 40 years. In 2009, Time magazine rated Malmsteen as number 9 among the 11 greatest electric guitar players of all time. 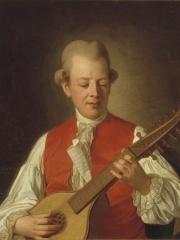 With an HPI of 57.78, Carl Michael Bellman is the 7th most famous Swedish Musician.  His biography has been translated into 32 different languages.

Carl Michael Bellman (Swedish pronunciation: [ˈkɑːɭ ˈmîːkaɛl ˈbɛ̌lːman] (listen); 4 February 1740 – 11 February 1795) was a Swedish songwriter, composer, musician, poet and entertainer. He is a central figure in the Swedish song tradition and remains a powerful influence in Swedish music, as well as in Scandinavian literature, to this day. He has been compared to Shakespeare, Beethoven, Mozart, and Hogarth, but his gift, using elegantly rococo classical references in comic contrast to sordid drinking and prostitution—at once regretted and celebrated in song—is unique.Bellman is best known for two collections of poems set to music, Fredman's epistles (Fredmans epistlar) and Fredman's songs (Fredmans sånger). Each consists of about 70 songs. The general theme is drinking, but the songs "most ingeniously" combine words and music to express feelings and moods ranging from humorous to elegiac, romantic to satirical. Bellman's patrons included King Gustav III of Sweden, who called him a master improviser. Bellman's songs continue to be performed and recorded by musicians from Scandinavia and in other languages, including English, French, German, Italian and Russian. Several of his songs including Gubben Noak and Fjäriln vingad are known by heart by many Swedes. His legacy further includes a museum in Stockholm and a society that fosters interest in him and his work. 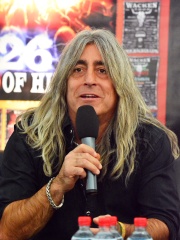 With an HPI of 54.91, Mikkey Dee is the 8th most famous Swedish Musician.  His biography has been translated into 22 different languages.

Micael Kiriakos Delaoglou (born 31 October 1963), known professionally as Mikkey Dee, is a Swedish heavy metal musician and multi-instrumentalist. He is best known as the last drummer for British heavy metal band Motörhead from 1992 until its dissolution following the death of Lemmy in December 2015. Dee also played temporarily in the German metal band Helloween in 2003. In September 2016, he became German rock band Scorpions new drummer as a permanent member. Dee is famous for lengthy drum solos, often lasting between five and fifteen minutes. Some notable examples include those that appear in Sacrifice, In the Name of Tragedy, and The One to Sing the Blues. In addition he also played with King Diamond from 1985–1989. 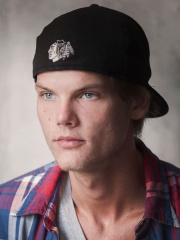 With an HPI of 54.24, Avicii is the 9th most famous Swedish Musician.  His biography has been translated into 81 different languages.

Tim Bergling (Swedish: [ˈtɪmː ˈbæ̂rjlɪŋ] (listen); 8 September 1989 – 20 April 2018), known professionally as Avicii (, Swedish: [aˈvɪ̌tːɕɪ]), was a Swedish DJ, remixer and music producer. At the age of 16, Bergling began posting his remixes on electronic music forums, which led to his first record deal. He rose to prominence in 2011 with his single "Levels". His debut studio album, True (2013), blended electronic music with elements of multiple genres and received generally positive reviews. It peaked in the top 10 in more than 15 countries and topped international charts; the lead single, "Wake Me Up", topped most music markets in Europe and reached number four in the United States. In 2015, Bergling released his second studio album, Stories, and in 2017 he released an EP, Avīci (01). His catalog also included the singles "I Could Be the One" with Nicky Romero, "You Make Me", "X You", "Hey Brother", "Addicted to You", "The Days", "The Nights", "Waiting for Love", "Without You" and "Lonely Together". Bergling was nominated for a Grammy Award for his work on "Sunshine" with David Guetta in 2012 and "Levels" in 2013. Several music publications credit Bergling as among the DJs who ushered electronic music into Top 40 radio in the early 2010s.Bergling retired from touring in 2016, after several years of stress and poor mental health. On 20 April 2018, he committed suicide while on holiday in Muscat, Oman. In 2019, his third and final album, Tim, was released posthumously. 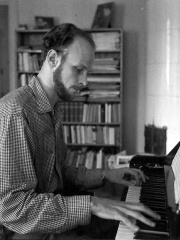 With an HPI of 51.58, Jan Johansson is the 10th most famous Swedish Musician.  His biography has been translated into 16 different languages.

Jan Johansson (16 September 1931 – 9 November 1968) was a Swedish jazz pianist. His album Jazz på svenska (Jazz in Swedish) is the best selling jazz release ever in Sweden; it has sold over a quarter of a million copies and has been streamed more than 50 million times on Spotify. He was the father of former HammerFall drummer Anders Johansson and Stratovarius keyboardist Jens Johansson, who run Heptagon Records which keeps their father's recordings available.

Which Musicians were alive at the same time? This visualization shows the lifespans of the 11 most globally memorable Musicians since 1700.