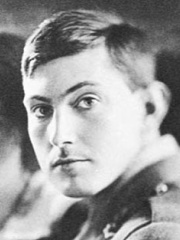 With an HPI of 72.26, George Mallory is the most famous British Mountaineer.  His biography has been translated into 34 different languages on wikipedia.

George Herbert Leigh Mallory (18 June 1886 – 8 or 9 June 1924): 546–47  was an English mountaineer who took part in the first three British expeditions to Mount Everest in the early 1920s. Born in Cheshire, Mallory was introduced to rock climbing and mountaineering as a student at Winchester College. After graduating from Magdalene College, Cambridge, he taught at Charterhouse School whilst honing his skills as a climber in the Alps and the English Lake District. He served in the British Army during the First World War and fought at the Somme. After the war, Mallory returned to Charterhouse before resigning to take part in the 1921 British Mount Everest reconnaissance expedition. In 1922, he took part in a second expedition to make the first ascent of the world's highest mountain, in which his team achieved a record altitude of 26,980 ft (8,225 m) without supplemental oxygen. During the 1924 expedition, Mallory and his climbing partner, Andrew "Sandy" Irvine, disappeared on the northeast ridge of Everest. The pair was last seen when they were about 800 vertical feet (245 m) from the summit. Mallory's ultimate fate was unknown for 75 years, until his body was discovered on 1 May 1999 by an expedition that had set out to search for the climbers' remains. Whether Mallory and Irvine reached the summit before they died remains a subject of debate, of various theories, and of continuing research. 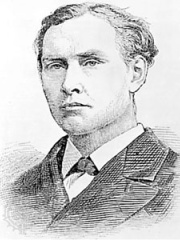 With an HPI of 69.53, Edward Whymper is the 2nd most famous British Mountaineer.  His biography has been translated into 27 different languages.

Edward Whymper FRSE (27 April 1840 – 16 September 1911) was an English mountaineer, explorer, illustrator, and author best known for the first ascent of the Matterhorn in 1865. Four members of his climbing party were killed during the descent. Whymper also made important first ascents on the Mont Blanc massif and in the Pennine Alps, Chimborazo in South America, and the Canadian Rockies. His exploration of Greenland contributed an important advance to Arctic exploration. Whymper wrote several books on mountaineering, including Scrambles Amongst the Alps. 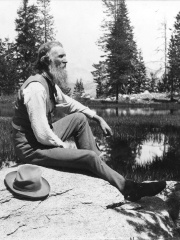 With an HPI of 65.31, John Muir is the 3rd most famous British Mountaineer.  His biography has been translated into 37 different languages.

John Muir ( MEWR; April 21, 1838 – December 24, 1914), also known as "John of the Mountains" and "Father of the National Parks", was an influential Scottish-American: 42  naturalist, author, environmental philosopher, botanist, zoologist, glaciologist, and early advocate for the preservation of wilderness in the United States of America. His letters, essays, and books describing his adventures in nature, especially in the Sierra Nevada, have been read by millions. His activism helped to preserve the Yosemite Valley and Sequoia National Park, and his example has served as an inspiration for the preservation of many other wilderness areas. The Sierra Club, which he co-founded, is a prominent American conservation organization. In his later life, Muir devoted most of his time to the preservation of the Western forests. As part of the campaign to make Yosemite a national park, Muir published two landmark articles on wilderness preservation in The Century Magazine, "The Treasures of the Yosemite" and "Features of the Proposed Yosemite National Park"; this helped support the push for U.S. Congress to pass a bill in 1890 establishing Yosemite National Park. The spiritual quality and enthusiasm toward nature expressed in his writings has inspired readers, including presidents and congressmen, to take action to help preserve large nature areas.John Muir has been considered "an inspiration to both Scots and Americans". Muir's biographer, Steven J. Holmes, believes that Muir has become "one of the patron saints of twentieth-century American environmental activity", both political and recreational. As a result, his writings are commonly discussed in books and journals, and he has often been quoted by nature photographers such as Ansel Adams. "Muir has profoundly shaped the very categories through which Americans understand and envision their relationships with the natural world", writes Holmes.Muir was noted for being an ecological thinker, political spokesman, and religious prophet, whose writings became a personal guide into nature for many people, making his name "almost ubiquitous" in the modern environmental consciousness. According to author William Anderson, Muir exemplified "the archetype of our oneness with the earth", while biographer Donald Worster says he believed his mission was "saving the American soul from total surrender to materialism".: 403  On April 21, 2013, the first John Muir Day was celebrated in Scotland, which marked the 175th anniversary of his birth, paying homage to the conservationist. 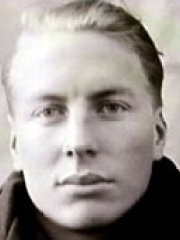 With an HPI of 63.70, Andrew Irvine is the 4th most famous British Mountaineer.  His biography has been translated into 21 different languages.

Andrew Comyn "Sandy" Irvine (8 April 1902 – 8 June 1924) was an English mountaineer who took part in the 1924 British Everest Expedition, the third British expedition to the world's highest (8,848 m) mountain, Mount Everest. While attempting the first ascent of Mount Everest, he and his climbing partner George Mallory disappeared somewhere high on the mountain's northeast ridge. The pair were last sighted only a few hundred metres from the summit, and it is unknown whether the pair reached the summit before they perished. Mallory's body was found in 1999, but Irvine's body and portable camera have never been found.

With an HPI of 59.77, Verney Lovett Cameron is the 5th most famous British Mountaineer.  His biography has been translated into 15 different languages.

Verney Lovett Cameron (1 July 1844 – 24 March 1894) was an English traveller in Central Africa and the first European to cross (1875) equatorial Africa from sea to sea.

Pantheon has 5 people classified as mountaineers born between 1838 and 1902. Of these 5, none of them are still alive today. The most famous deceased mountaineers include George Mallory, Edward Whymper, and John Muir. As of October 2020, 1 new mountaineers have been added to Pantheon including Verney Lovett Cameron.

Which Mountaineers were alive at the same time? This visualization shows the lifespans of the 5 most globally memorable Mountaineers since 1700.