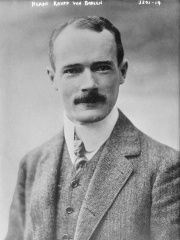 With an HPI of 75.07, Gustav Krupp von Bohlen und Halbach is the most famous Dutch Businessperson.  His biography has been translated into 35 different languages on wikipedia.

Gustav Georg Friedrich Maria Krupp von Bohlen und Halbach (born Gustav von Bohlen und Halbach; 7 August 1870 – 16 January 1950) ran the German Friedrich Krupp AG heavy industry conglomerate from 1909 until 1941. He and his son Alfried would lead the company through two world wars, producing almost everything for the German war machine from U-boats, battleships, howitzers, trains, railway guns, machine guns, cars, tanks, and much more. Krupp produced the Tiger I tank, Big Bertha, the Paris Gun, among other inventions under Gustav. Following the war, plans to prosecute Gustav Krupp as a war criminal at the 1945 Nuremberg Trials were dropped because by then he was bedridden and senile (medically unfit for trial; his charges were still held against just in case he recovered). 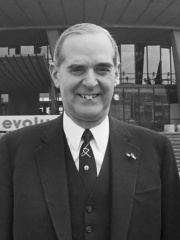 With an HPI of 64.46, Frits Philips is the 2nd most famous Dutch Businessperson.  His biography has been translated into 15 different languages.

Frederik Jacques "Frits" Philips (16 April 1905 – 5 December 2005) was the fourth chairman of the board of directors of the Dutch electronics company Philips, which his uncle and father founded. For his actions in saving 382 Jews during the Nazi Occupation of the Netherlands in World War II, he was recognized in 1996 by Yad Vashem as a Righteous Among the Nations. 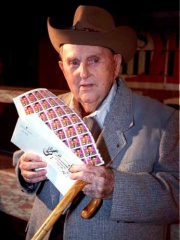 With an HPI of 63.68, Colonel Tom Parker is the 3rd most famous Dutch Businessperson.  His biography has been translated into 21 different languages.

Colonel Thomas Andrew Parker (born Andreas Cornelis (Dries) van Kuijk; June 26, 1909 – January 21, 1997) was a Dutch-born musical entrepreneur who was the manager of Elvis Presley. Parker had emigrated illegally to the United States at the age of 20. He resided in the country without legal status for the rest of his life, and never left the country's borders. He changed his name and claimed to have been born in the United States, and his Dutch birthplace and immigrant status were not revealed for many years. A carnival worker by background, Parker moved into music promotion in 1938, working with one of the first popular crooners, Gene Austin, and then country music singers Eddy Arnold, Hank Snow, and Tommy Sands in his early career. He also assisted Jimmie Davis's campaign to become Governor of Louisiana. As a reward, Davis gave him the honorary rank of "colonel" in the Louisiana State Militia. Parker discovered the then-unknown Elvis Presley in 1955. He maneuvered himself to become Presley's sole representative. Within months, he had won him a recording contract with the RCA Victor record label. This led to Presley having a commercial breakthrough in 1956 with his first single "Heartbreak Hotel" and rising to become one of the most popular and commercially successful entertainers in the world. Parker was able to receive more than half of the income from the enterprise, an unprecedented figure for a music manager. He negotiated Presley's lucrative merchandising deals, TV appearances, and acting roles in film musicals. He turned down offers to allow Presley to tour overseas, probably due to his status as an illegal immigrant, which would have been exposed had he consented for Elvis to go abroad. He also influenced Presley's personal life, including Presley's decisions to accept military service in 1958 and to marry Priscilla Beaulieu in 1967. The film musicals became the focus of Presley's career during his commercial decline in the 1960s, until his 1968 comeback and return to touring. Parker rarely saw him after that, but continued in his management role until Presley's death in 1977. For the rest of his life, Parker managed the Presley estate, but he had sold the rights to Presley's early recordings, which would have ensured a steady income. In 1980, a judge ordered an investigation into Parker's management practices and found that Parker's management had been unethical. Meanwhile, his gambling habit increasingly eroded the huge fortune he had built up, and he died worth only US$1,000,000. 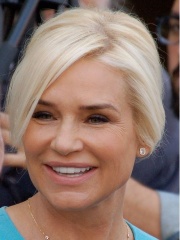 With an HPI of 58.79, Yolanda Hadid is the 4th most famous Dutch Businessperson.  Her biography has been translated into 19 different languages.

Yolanda Hadid (; née van den Herik; formerly Foster; born (1964-01-11)11 January 1964) is a Dutch-American television personality and former model. She is best known as a star of the American reality-television show The Real Housewives of Beverly Hills. She is mother to IMG models Gigi, Bella, and Anwar Hadid. 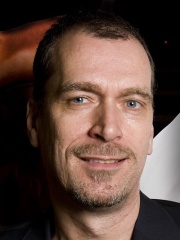 With an HPI of 53.58, Ton Roosendaal is the 5th most famous Dutch Businessperson.  His biography has been translated into 19 different languages.

Ton Roosendaal (Dutch: [tɔn ˈroːsɛnˌdaːl]; born 20 March 1960) is a Dutch software developer and film producer. He is known as the original creator of the open-source 3D creation suite Blender and Traces (an Amiga ray tracer which was the forerunner of Blender). He is also known as the founder and chairman of the Blender Foundation, and for pioneering large scale open-content projects. In 2007, he established the Blender Institute in Amsterdam, where he works on coordinating Blender development, publishing manuals and DVD training, and organizing 3D animation and game projects.