This page contains a list of the greatest Spanish Actors. The pantheon dataset contains 9,996 Actors, 172 of which were born in Spain. This makes Spain the birth place of the 11th most number of Actors behind Italy and Australia.

The following people are considered by Pantheon to be the top 10 most legendary Spanish Actors of all time. This list of famous Spanish Actors is sorted by HPI (Historical Popularity Index), a metric that aggregates information on a biography’s online popularity. Visit the rankings page to view the entire list of Spanish Actors. 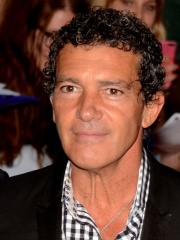 With an HPI of 68.33, Antonio Banderas is the most famous Spanish Actor.  His biography has been translated into 84 different languages on wikipedia.

José Antonio Domínguez Bandera (born 10 August 1960), known professionally as Antonio Banderas, is a Spanish actor and singer. Known for his work in films of several genres, he has received various accolades, including a Cannes Film Festival Award and a European Film Award, in addition to nominations for an Academy Award, a Tony Award, two Primetime Emmy Awards, and five Golden Globe Awards. Banderas made his film debut in Pedro Almodóvar's screwball comedy Labyrinth of Passion (1982). They've since collaborated together on many films including Matador (1986), Law of Desire (1987), Women on the Verge of a Nervous Breakdown (1988), Tie Me Up! Tie Me Down! (1989), and The Skin I Live In (2011). For the 2019 film Pain and Glory, Banderas earned various accolades for Best Actor including the Cannes Film Festival Award, Goya Award, and as well as nominations from the Academy Awards and Golden Globe Awards. He's also known for several Hollywood films, such as Philadelphia (1993), Interview with the Vampire (1994), Desperado (1995), Assassins (1995), Evita (1996), and The Mask of Zorro (1998). He also appeared in the first three films of the Spy Kids series (2001-2003) and provided the voice of Puss in Boots in the Shrek franchise (2004–present) and its spin-off films Puss in Boots (2011) and Puss in Boots: The Last Wish (2022). In 2003, Banderas made his US theatre debut as Guido Contini in Nine, for which he was nominated for a Tony Award and won a Drama Desk Award. He received Primetime Emmy Award nominations for his roles in the television film And Starring Pancho Villa as Himself (2004) and the second season of Genius (2018); his portrayal of Pablo Picasso in the latter garnered him critical praise. 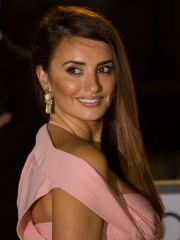 With an HPI of 64.57, Penélope Cruz is the 2nd most famous Spanish Actor.  Her biography has been translated into 99 different languages.

Penélope Cruz Sánchez (; Spanish: [peˈnelope ˈkɾuθ ˈsantʃeθ]; born 28 April 1974) is a Spanish actress. Known for her roles in films of several genres, particularly those in the Spanish language, she has received various accolades, including an Academy Award and a British Academy Film Award, in addition to nominations for a Primetime Emmy Award, four Golden Globe Awards, and five Screen Actors Guild Awards. She is the first and only Spanish actress to be nominated for and to win an Academy Award, as well as the first to receive a star on the Hollywood Walk of Fame. Signed by an agent at the age of 15, Cruz made her acting debut on television at 16, and her feature film debut the following year in Jamón Jamón (1992). Her subsequent roles included Belle Époque (1992), Open Your Eyes (1997), Don Juan (1998), The Hi-Lo Country (1999), The Girl of Your Dreams (2000), and Woman on Top (2000). She is known for her frequent collaborations with Spanish director Pedro Almodóvar in Live Flesh (1997), All About My Mother (1999), Volver (2006), Broken Embraces (2009), I'm So Excited! (2013), Pain and Glory (2019), and Parallel Mothers (2021), as well as for her work with director Woody Allen in Vicky Cristina Barcelona (2008) and To Rome with Love (2012). For her role in the romantic comedy-drama Vicky Cristina Barcelona, Cruz received the Academy Award for Best Supporting Actress. Her other Oscar-nominated roles include Volver (2006), Nine (2009), and Parallel Mothers (2021). Other notable films include All the Pretty Horses (2000), Vanilla Sky (2001), Blow (2001), Elegy (2008), Sahara (2005), Pirates of the Caribbean: On Stranger Tides (2011), The Counselor (2013), Murder on the Orient Express (2017), Everybody Knows (2018), and Official Competition (2022). For her role as Donatella Versace in the FX series The Assassination of Gianni Versace: American Crime Story (2018), she received a nomination for the Primetime Emmy Award for Outstanding Supporting Actress in a Limited Series or Movie. Since 2010, Cruz has been married to Spanish actor Javier Bardem. She has done modelling work for Mango, Ralph Lauren, and L'Oréal, and along with her younger sister Mónica Cruz, also designed clothing for Mango. She has been a house ambassador for Chanel since 2018. She has volunteered in Uganda and India, where she spent one week working with Mother Teresa; she donated her salary from The Hi-Lo Country to help fund the late nun's mission. 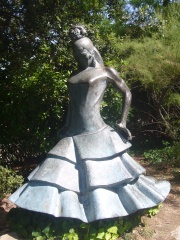 With an HPI of 63.92, Carmen Amaya is the 3rd most famous Spanish Actor.  Her biography has been translated into 44 different languages.

Carmen Amaya Amaya (2 November 1913/1915 – 19 November 1963) was a Spanish Romani flamenco dancer and singer, born in the Somorrostro district of Barcelona, Catalonia, Spain. She has been called "the greatest Flamenco dancer ever and "the most extraordinary personality of all time in flamenco dance." She was the first female flamenco dancer to master footwork previously reserved for the best male dancers, due to its speed and intensity. She sometimes danced in high-waisted trousers as a symbol of her strong character. 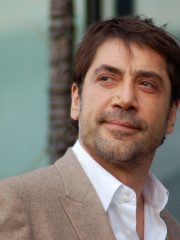 With an HPI of 63.37, Javier Bardem is the 4th most famous Spanish Actor.  His biography has been translated into 68 different languages.

Javier Ángel Encinas Bardem (Spanish pronunciation: [xaˈβjeɾ βaɾˈðen]; born 1 March 1969) is a Spanish actor. Known for his roles in blockbusters and foreign films, he won the Academy Award for Best Supporting Actor for his performance as the psychopathic assassin Anton Chigurh in the Coen Brothers' modern western drama film No Country for Old Men (2007). He received critical acclaim for his roles in films such as Jamón jamón (1992), Boca a boca (1995), Carne trémula (1997), Los lunes al sol (2002), and Mar adentro (2004). Bardem starred in Woody Allen's romantic drama Vicky Cristina Barcelona (2008), Sam Mendes's James Bond spy film Skyfall (2012), Terrence Malick's drama To the Wonder (2013), Darren Aronofsky's psychological horror film mother! (2017), Asghar Farhadi's mystery drama Everybody Knows (2018) and Denis Villeneuve's science fiction drama Dune (2021). Bardem has been nominated for three additional Academy Awards; Julian Schnabel's Before Night Falls (2000), Alejandro González Iñárritu's Biutiful (2010), and Aaron Sorkin's Being the Ricardos (2021). Bardem is the first Spanish actor to be nominated for an Academy Award (Best Actor for Before Night Falls in 2001) as well as the first, and to date, only Spanish actor to win one (Best Supporting Actor for No Country for Old Men in 2008). He has received various other accolades, including two Screen Actors Guild Awards, a British Academy Film Award, a Golden Globe Award, five Goya Awards, two European Film Awards, two Volpi Cups for Best Actor at Venice Film Festival and a Cannes Film Festival Award for Best Actor. Bardem has been married to actress Penélope Cruz since 2010. In January 2018, Bardem became ambassador of Greenpeace for the protection of Antarctica. 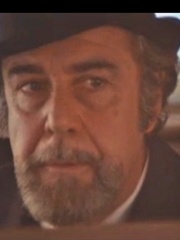 With an HPI of 62.62, Fernando Rey is the 5th most famous Spanish Actor.  His biography has been translated into 35 different languages.

Fernando Casado Arambillet (La Coruña (Spain), 20 September 1917 – Madrid (Spain), 9 March 1994), best known as Fernando Rey, was a Spanish film, theatre, and television actor, who worked in both Europe and the United States. A suave, international actor best known for his roles in the films of surrealist director Luis Buñuel (Viridiana, 1961; Tristana, 1970; Discreet Charm of the Bourgeoisie, 1972; That Obscure Object of Desire, 1977) and as the drug lord Alain Charnier in The French Connection (1971) and French Connection II (1975), he appeared in more than 150 films over half a century. The debonair Rey was described by French Connection producer Philip D'Antoni as "the last of the Continental guys". He achieved his greatest fame after he turned 50: "Perhaps it is a pity that my success came so late in life", he told the Los Angeles Times. "It might have been better to have been successful while young, like El Cordobés in the bullring. Then your life is all before you to enjoy it." 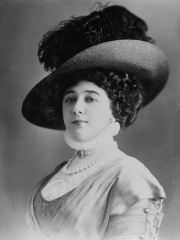 With an HPI of 61.81, La Belle Otero is the 6th most famous Spanish Actor.  Her biography has been translated into 25 different languages.

Agustina del Carmen Otero Iglesias (4 November 1868 – 10 April 1965), better known as Carolina Otero or La Belle Otero, was a Spanish actress, dancer and courtesan. She had a reputation for great beauty and was famous for her numerous lovers. 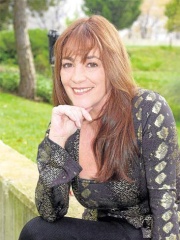 With an HPI of 61.38, Carmen Maura is the 7th most famous Spanish Actor.  Her biography has been translated into 36 different languages.

María del Carmen García Maura (born 15 September 1945) is a Spanish actress. In a career that has spanned six decades, she has starred in films such as Women on the Verge of a Nervous Breakdown, ¡Ay Carmela!, Common Wealth, and Volver. She holds the record for most Goya Awards for Best Leading Actress (with three). She also won a Cesar Award in 2013 and a Cannes Film Festival Award in 2006. 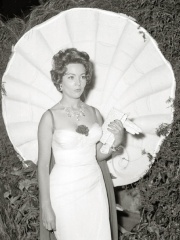 With an HPI of 59.79, Sara Montiel is the 8th most famous Spanish Actor.  Her biography has been translated into 32 different languages.

María Antonia Abad Fernández MML (10 March 1928 – 8 April 2013), known professionally as Sara Montiel, also Sarita Montiel, was a Spanish actress and singer, who also held Mexican citizenship since 1951. She began her career in the 1940s and became the most internationally popular and highest paid star of Spanish cinema in the 1960s. She appeared in nearly fifty films and recorded around 500 songs in five different languages.Montiel was born in Campo de Criptana in the region of La Mancha in 1928. She began her acting career in Spain starring in films such as Don Quixote (1947) and Madness for Love (1948). She moved to Mexico where she starred in films such as Women's Prison (1951) and Red Fury (1951). She then moved to the United States and worked in three Hollywood English-language films Vera Cruz (1954), Serenade (1956) and Run of the Arrow (1957). She returned to Spain to star in the musical films The Last Torch Song (1957) and The Violet Seller (1958). These two films netted the highest gross revenues ever recorded internationally for films made in the Spanish-speaking movie industry during the 1950s/60s and made her immensely popular. She then established herself also as a singer thanks to the songs she performed in her films and combined filming new musical films, recording songs and performing live. Throughout her career, Montiel's personal life was the subject of constant media attention in the Spanish-speaking world. She was married four times and adopted two children. 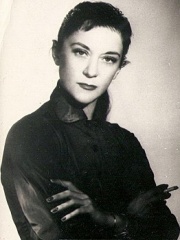 With an HPI of 59.32, María Casares is the 9th most famous Spanish Actor.  Her biography has been translated into 23 different languages.

María Casares (21 November 1922 – 22 November 1996) was a Spanish-born French actress and one of the most distinguished stars of the French stage and cinema. She was credited in France as Maria Casarès. 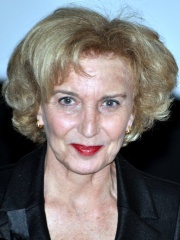 With an HPI of 59.24, Marisa Paredes is the 10th most famous Spanish Actor.  Her biography has been translated into 30 different languages.

Pantheon has 172 people classified as actors born between 1868 and 2005. Of these 172, 140 (81.40%) of them are still alive today. The most famous living actors include Antonio Banderas, Penélope Cruz, and Javier Bardem. The most famous deceased actors include Carmen Amaya, Fernando Rey, and La Belle Otero. As of April 2022, 45 new actors have been added to Pantheon including Julieta Serrano, Nieves Navarro, and Soledad Miranda.