This page contains a list of the greatest Malaysian Actors. The pantheon dataset contains 10,030 Actors, 5 of which were born in Malaysia. This makes Malaysia the birth place of the 62nd most number of Actors behind Bulgaria and Lithuania.

The following people are considered by Pantheon to be the most legendary Malaysian Actors of all time. This list of famous Malaysian Actors is sorted by HPI (Historical Popularity Index), a metric that aggregates information on a biography’s online popularity. 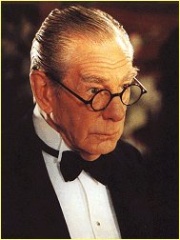 With an HPI of 69.49, Michael Gough is the most famous Malaysian Actor.  His biography has been translated into 48 different languages on wikipedia.

Francis Michael Gough ( GOF; 23 November 1916 – 17 March 2011) was a British character actor who made more than 150 film and television appearances. He is known for his roles in the Hammer Horror Films from 1958, with his first role as Sir Arthur Holmwood in Dracula, and for his recurring role as Alfred Pennyworth in all four of the Batman films from 1989 to 1997. He would appear in three more Burton films: in Sleepy Hollow, voicing Elder Gutknecht in Corpse Bride and the Dodo in Alice in Wonderland. Gough also appeared in popular British television shows, including Doctor Who (as the titular villain in The Celestial Toymaker (1966) and as Councillor Hedin in Arc of Infinity (1983)), and in a memorable episode of The Avengers as the automation-obsessed wheelchair user Dr. Armstrong in "The Cybernauts" (1965). In 1956 he received a British Academy Television Award for Best Actor.At the National Theatre in London Gough excelled as a comedian, playing a resigned and rueful parent in Alan Ayckbourn's Bedroom Farce (1977). When the comedy transferred to Broadway in 1978 he won a Tony Award. One of Gough's most well-received West End roles was as Baron von Epp in the 1983 revival of John Osborne's A Patriot for Me. 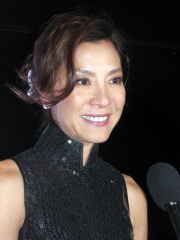 With an HPI of 67.41, Michelle Yeoh is the 2nd most famous Malaysian Actor.  Her biography has been translated into 47 different languages.

Michelle Yeoh Choo Kheng, PSM ( YOH; born 6 August 1962) is a Malaysian Chinese actress who rose to fame in 1990s Hong Kong action films and is best known internationally for her roles in the James Bond film Tomorrow Never Dies (1997) and Ang Lee's Academy Award-winning martial arts film Crouching Tiger, Hidden Dragon (2000). Yeoh is credited as Michelle Khan in her early Hong Kong films. Born in Ipoh, Perak, Malaysia, to a Malaysian Chinese family, Yeoh won the 1983 Miss Malaysia pageant at the age of 20. She later achieved fame in the early 1990s after starring in a series of Hong Kong action films where she performed her own stunts, such as Yes, Madam (1985), Police Story 3: Supercop (1992) and Holy Weapon (1993). She was nominated for the BAFTA Award for Best Actress for her work in Crouching Tiger, Hidden Dragon. Yeoh has appeared in many English, Mandarin and Cantonese language films. Her other works include Memoirs of a Geisha (2005), Reign of Assassins (2010), Kung Fu Panda 2 (2011), Crouching Tiger, Hidden Dragon: Sword of Destiny (2016), and The Lady (2011), where she portrayed Aung San Suu Kyi. In 2018, she starred in the American romantic comedy-drama film Crazy Rich Asians, for which she received a Screen Actors Guild Award nomination as part of its ensemble. She also co-starred in the 2018 film Master Z: The Ip Man Legacy and the 2019 film Last Christmas. She was cast as original character Ying Nan in the Marvel Cinematic Universe film Shang-Chi and the Legend of the Ten Rings (2021). She received universal critical acclaim for her leading role in the 2022 science-fiction film Everything Everywhere All at Once.On television, Yeoh is known for her role in the Star Trek franchise as Philippa Georgiou in the Paramount+ series Star Trek: Discovery from 2017 to 2020. An untitled spin-off series set to star Yeoh was announced in 2019. The film review-aggregation website Rotten Tomatoes ranked her the greatest action heroine of all time in 2008. In 1997, she was chosen by People as one of the "50 Most Beautiful People in the World", and in 2009 the same magazine listed her as one of the "35 All-Time Screen Beauties". In 2022, Time named her one of the world's 100 most influential people on its annual listicle. 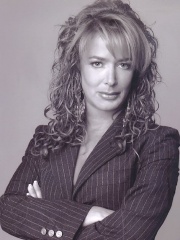 With an HPI of 58.79, Claudia Wells is the 3rd most famous Malaysian Actor.  Her biography has been translated into 20 different languages.

Claudia Grace Wells is an American actress and businesswoman, best known for her role as Jennifer Parker in the film Back to the Future (1985). 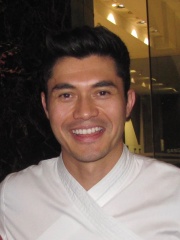 With an HPI of 52.62, Henry Golding is the 4th most famous Malaysian Actor.  His biography has been translated into 23 different languages.

Henry Ewan Golding (born 5 February 1987) is a Malaysian-British actor, model, and television host. Golding has been a presenter on BBC's The Travel Show since 2014. He is known for his film work, playing the role of Nick Young in Crazy Rich Asians, the title character in the action-adventure Snake Eyes, Sean Townsend in the thriller A Simple Favor, and Tom in the romantic comedy Last Christmas, the latter two directed by Paul Feig. 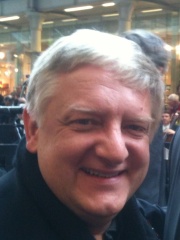 With an HPI of 52.46, Simon Russell Beale is the 5th most famous Malaysian Actor.  Her biography has been translated into 19 different languages.

Sir Simon Russell Beale (born 12 January 1961) is an English actor. He is known for his appearances in film, television and theatre, and work on radio, on audiobooks and as a narrator. For his services to drama, he was knighted by Queen Elizabeth II at Buckingham Palace in 2019. He has spent much of his theatre career working in productions for both the Royal Shakespeare Company and National Theatre. He has received ten Laurence Olivier Award nominations, winning three awards for his performances in Volpone (1996), Candide (2000), and Uncle Vanya (2003). For his work on the Broadway stage he has received a Tony Award for Best Actor in a Play nomination for his performance as George in the Tom Stoppard play Jumpers in 2004. For his role as Henry Lehman in The Lehman Trilogy, he won the Tony Award for Best Actor in a Play and was nominated for an Olivier Award. Beale has been described by The Independent as "the greatest stage actor of his generation".Beale made his film debut in Sally Potter's period drama Orlando (1992). He continued acting in films such as Persuasion (1995), Hamlet (1996), My Week with Marilyn (2011), The Deep Blue Sea (2011), Into the Woods (2014), and Mary Queen of Scots (2018). In 2017, he starred in Armando Iannucci's dark comedy The Death of Stalin playing Lavrentiy Beria for which he received the British Independent Film Award for Best Supporting Actor. He has also appeared in the television projects The Young Visiters (2003), Dunkirk (2004), and as Falstaff in the BBC made-for-television films Henry IV, Part I and Part II (2012). He was part of the main cast of Showtime's Penny Dreadful.

Pantheon has 5 people classified as actors born between 1916 and 1987. Of these 5, 4 (80.00%) of them are still alive today. The most famous living actors include Michelle Yeoh, Claudia Wells, and Henry Golding. The most famous deceased actors include Michael Gough. As of October 2020, 1 new actors have been added to Pantheon including Henry Golding.