This page contains a list of the greatest Actors. The pantheon dataset contains 9,996 Actors, 210 of which were born in Germany. This makes Germany the birth place of the 7th most number of Actors behind France and South Korea.

The following people are considered by Pantheon to be the top 10 most legendary Actors of all time. This list of famous Actors is sorted by HPI (Historical Popularity Index), a metric that aggregates information on a biography’s online popularity. Visit the rankings page to view the entire list of Actors. 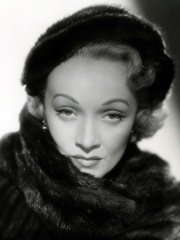 With an HPI of 79.35, Marlene Dietrich is the most famous Actor.  Her biography has been translated into 151 different languages on wikipedia.

Marie Magdalene "Marlene" Dietrich (, German: [maʁˈleːnə ˈdiːtʁɪç] (listen); 27 December 1901 – 6 May 1992) was a German-born American actress and singer whose career spanned from the 1910s to the 1980s.In 1920s Berlin, Dietrich performed on the stage and in silent films. Her performance as Lola-Lola in Josef von Sternberg's The Blue Angel (1930) brought her international acclaim and a contract with Paramount Pictures. She starred in many Hollywood films, including six iconic roles directed by Sternberg:Morocco (1930) (her only Academy Award nomination), Dishonored (1931), Shanghai Express and Blonde Venus (both 1932), The Scarlet Empress (1934) and The Devil Is a Woman (1935), Desire (1936) and Destry Rides Again (1939). She successfully traded on her glamorous persona and exotic looks, and became one of the era's highest-paid actresses. Throughout World War II she was a high-profile entertainer in the United States. Although she delivered notable performances in several post-war films, including Alfred Hitchcock's Stage Fright (1950), Billy Wilder's Witness for the Prosecution (1957), Orson Welles's Touch of Evil (1958) and Stanley Kramer's Judgment at Nuremberg (1961), she spent most of the 1950s to the 1970s touring the world as a marquee live-show performer. Dietrich was known for her humanitarian efforts during World War II, housing German and French exiles, providing financial support and even advocating their American citizenship. For her work on improving morale on the front lines during the war, she received several honors from the United States, France, Belgium and Israel. In 1999 the American Film Institute named Dietrich the ninth greatest female screen legend of classic Hollywood cinema. 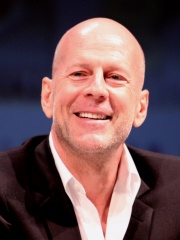 With an HPI of 73.59, Bruce Willis is the 2nd most famous Actor.  His biography has been translated into 102 different languages.

Walter Bruce Willis (born March 19, 1955) is a retired American actor. His career began on the off-Broadway stage in the 1970s. He achieved fame with a leading role on the comedy-drama series Moonlighting (1985–1989) and appeared in over a hundred films, gaining recognition as an action hero after his portrayal of John McClane in the Die Hard franchise (1988–2013) and other roles.Willis's other credits include The Last Boy Scout (1991), Death Becomes Her (1992), Pulp Fiction (1994), 12 Monkeys (1995), The Fifth Element (1997), Armageddon (1998), The Sixth Sense (1999), Unbreakable (2000), Sin City (2005), Moonrise Kingdom (2012), and Looper (2012). In the later years of his career, Willis starred in many low-budget direct-to-video films, which were poorly received. In March 2022, Willis's family announced that he was retiring after being diagnosed with aphasia, a condition that affects language cognition. As a singer, Willis released his debut album The Return of Bruno in 1987, followed by two more albums in 1989 and 2001. He made his Broadway debut in the stage adaptation of Misery in 2015. Willis has received various accolades throughout his career, including a Golden Globe Award, two Primetime Emmy Awards, and two People's Choice Awards. He received a star on the Hollywood Walk of Fame in 2006. Films featuring Willis have grossed between US$2.64 billion and $3.05 billion at North American box offices, making him in 2010 the eighth-highest-grossing actor in a leading role. 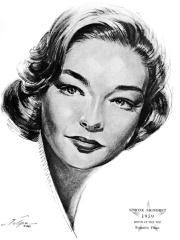 With an HPI of 68.60, Simone Signoret is the 3rd most famous Actor.  Her biography has been translated into 61 different languages. 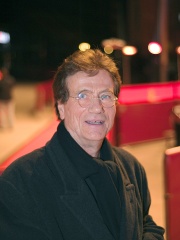 With an HPI of 64.43, Jürgen Prochnow is the 4th most famous Actor.  His biography has been translated into 34 different languages. 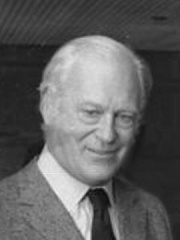 With an HPI of 64.23, Curd Jürgens is the 5th most famous Actor.  His biography has been translated into 37 different languages.

Curd Gustav Andreas Gottlieb Franz Jürgens (13 December 1915 – 18 June 1982) was a German-Austrian stage and film actor. He was usually billed in English-speaking films as Curt Jurgens. He was well known for playing Ernst Udet in Des Teufels General. His English-language roles include James Bond villain Karl Stromberg in The Spy Who Loved Me (1977), Éric Carradine in And God Created Woman (1956), and Professor Immanuel Rath in The Blue Angel (1959). 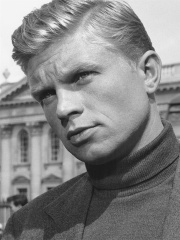 With an HPI of 63.17, Hardy Krüger is the 6th most famous Actor.  His biography has been translated into 32 different languages.

Hardy Krüger (German: [haːɐ̯.di ˈkʁyː.ɡɐ] (listen); born Eberhard August Franz Ewald Krüger; 12 April 1928 – 19 January 2022) was a German actor and author, who appeared in more than 60 films from 1944 onwards. After becoming a film star in Germany in the 1950s, Krüger increasingly turned to roles in international films such as Hatari!, The Flight of the Phoenix, The Wild Geese, Sundays and Cybele, A Bridge Too Far, The Battle of Neretva, The Secret of Santa Vittoria, The Red Tent, The One That Got Away, and Barry Lyndon. Hardy Krüger's life story made him a convinced and committed anti-fascist. 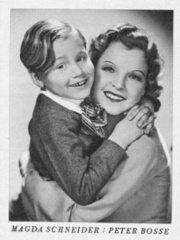 With an HPI of 62.60, Magda Schneider is the 7th most famous Actor.  Her biography has been translated into 23 different languages.

Magdalena Maria Schneider (17 May 1909 – 30 July 1996) was a German actress and singer. She was the mother of the actress Romy Schneider. 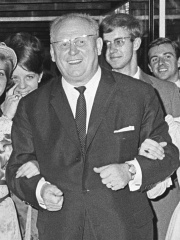 With an HPI of 62.36, Gert Fröbe is the 8th most famous Actor.  His biography has been translated into 35 different languages.

Karl Gerhart "Gert" Fröbe (German: [ˈɡɛɐ̯t ˈfʁøːbə] (listen); 25 February 1913 – 5 September 1988) was a German actor. He was best known in English-speaking countries for his work as Auric Goldfinger in the James Bond film Goldfinger, as Peachum in The Threepenny Opera, as Baron Bomburst in Chitty Chitty Bang Bang, as Hotzenplotz in Der Räuber Hotzenplotz, General Dietrich von Choltitz in Is Paris Burning? and Colonel Manfred von Holstein in Those Magnificent Men in Their Flying Machines. 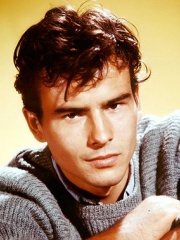 With an HPI of 62.36, Horst Buchholz is the 9th most famous Actor.  His biography has been translated into 26 different languages. 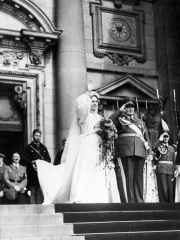 With an HPI of 61.47, Emmy Göring is the 10th most famous Actor.  Her biography has been translated into 23 different languages.

Emma Johanna Henny "Emmy" Göring (née Sonnemann; 24 March 1893 – 8 June 1973) was a German actress and the second wife of Luftwaffe Commander-in-Chief Hermann Göring. She served as Adolf Hitler's hostess at many state functions and thereby staked a claim to the title of "First Lady of the Third Reich".

Pantheon has 267 people classified as actors born between 1712 and 2008. Of these 267, 169 (63.30%) of them are still alive today. The most famous living actors include Bruce Willis, Jürgen Prochnow, and Udo Kier. The most famous deceased actors include Marlene Dietrich, Simone Signoret, and Curd Jürgens. As of April 2022, 57 new actors have been added to Pantheon including Countess Marie Larisch von Moennich, Maria Riva, and Rosa Albach-Retty.