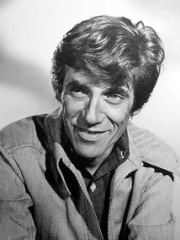 William Edward Hickey (September 19, 1927 – June 29, 1997) was an American actor. He is best known for his Academy Award-nominated role as Don Corrado Prizzi in the John Huston film Prizzi's Honor (1985), as well as Uncle Lewis in National Lampoon's Christmas Vacation (1989) and the voice of Dr. Read more on Wikipedia

Since 2007, the English Wikipedia page of William Hickey has received more than 20,538 page views. Her biography is available in 16 different languages on Wikipedia making her the 2,511th most popular actor.