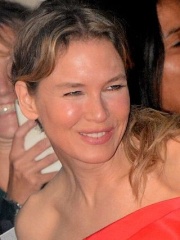 Renée Kathleen Zellweger (; born April 25, 1969) is an American actress and producer. She has received numerous accolades, including two Academy Awards, four Golden Globe Awards, and two BAFTA Awards. Zellweger was one of the world's highest-paid actresses by 2007 and was named Hasty Pudding Theatricals' Woman of the Year in 2009.Born in Texas, Zellweger studied English Literature at UT Austin. Read more on Wikipedia

Since 2007, the English Wikipedia page of Renée Zellweger has received more than 11,831,521 page views. Her biography is available in 68 different languages on Wikipedia making her the 384th most popular actor.