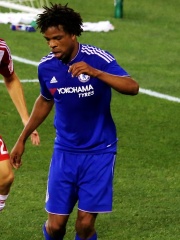 Loïc Alex Teliére Hubert Rémy (born 2 January 1987) is a French professional footballer who plays as a forward for Süper Lig club Çaykur Rizespor. He was described by his former manager Didier Deschamps as "a young international who is fast and powerful with huge potential".Rémy began his career playing for a local youth club in his home city of Lyon, before joining the biggest club in the city, Lyon, joining their youth academy. In 2005, he was promoted to the senior team and struggled to establish himself in three seasons under managers Gérard Houllier and Alain Perrin. Read more on Wikipedia