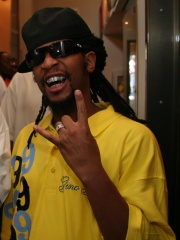 Jonathan Smith (born January 17, 1971), better known by his stage name Lil Jon, is an American rapper, songwriter, DJ, and record producer based in Atlanta, Georgia. He was the lead frontman of the multi-platinum selling rap group, Lil Jon & The East Side Boyz and was instrumental in the emergence of the hip/hop subgenre crunk. He is credited with bringing the genre into mainstream success, producing Top 10 Billboard Hot 100 singles "Get Low," "Goodies," "Cyclone," "Freek-a-Leek," and "Yeah!". Read more on Wikipedia

Since 2007, the English Wikipedia page of Lil Jon has received more than 2,356,939 page views. His biography is available in 36 different languages on Wikipedia making him the 1,692nd most popular singer.