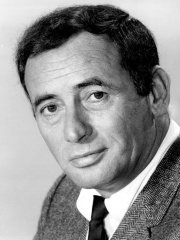 Joseph Abraham Gottlieb (February 3, 1918 – October 17, 2007), known professionally as Joey Bishop, was an American entertainer who appeared on television as early as 1948 and eventually starred in his own weekly comedy series playing a talk/variety show host, then later hosted a late night talk show with Regis Philbin as his young sidekick on ABC. He also was a member of the "Rat Pack" with Frank Sinatra, Dean Martin, Sammy Davis Jr. Read more on Wikipedia

Since 2007, the English Wikipedia page of Joey Bishop has received more than 1,638,728 page views. His biography is available in 20 different languages on Wikipedia making him the 36th most popular presenter.