This page contains a list of the greatest Swimmers. The pantheon dataset contains 392 Swimmers, 21 of which were born in Hungary. This makes Hungary the birth place of the 6th most number of Swimmers behind Japan and Russia.

The following people are considered by Pantheon to be the top 10 most legendary Swimmers of all time. This list of famous Swimmers is sorted by HPI (Historical Popularity Index), a metric that aggregates information on a biography’s online popularity. Visit the rankings page to view the entire list of Swimmers. 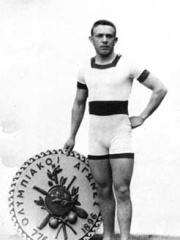 With an HPI of 55.38, Alfréd Hajós is the most famous Swimmer.  His biography has been translated into 35 different languages on wikipedia.

Alfréd Hajós (1 February 1878 – 12 November 1955) was a Hungarian swimmer, football player and manager, and architect. He was the first modern Olympic swimming champion and the first Olympic champion of Hungary. No other swimmer ever won such a high fraction of all Olympic events at a single Games. He was also part of the first-ever team fielded by Hungary in 1902. 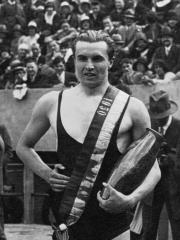 With an HPI of 48.06, István Bárány is the 2nd most famous Swimmer.  His biography has been translated into 19 different languages.

István Bárány (20 December 1907 – 21 February 1995) was a Hungarian swimmer who competed at the 1924, 1928 and 1932 Summer Olympics.In 1924 he was twelfth in the 100 m freestyle. Four years later he won a silver medal in 100 m freestyle and was fourth in the 4×200 m freestyle relay. In 1932, he won a bronze medal in the 4×200 m freestyle relay and was eliminated in a semifinal of 100 m freestyle.Between 1926 and 1931 Bárány won four European titles. In 1929 he became the second person, after Johnny Weissmuller, to swim 100 m within a minute. Bárány held a PhD in law and political science. From 1957 to 1959 he served as the general secretary of the Hungarian Swimming Association. He was also a national coach and an international referee and wrote more than 30 books on swimming. In 1978 he was inducted into the International Swimming Hall of Fame. 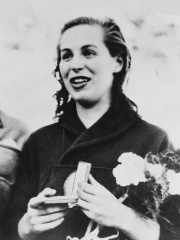 With an HPI of 47.10, Katalin Szőke is the 3rd most famous Swimmer.  Her biography has been translated into 21 different languages.

Katalin Szőke (17 August 1935 – 27 October 2017) was a Hungarian swimmer. She competed at the 1952 Olympics and won two gold medals, in the 100 m and 4 × 100 m freestyle events. Two years later she repeated that success at the 1954 European Championships. She also competed in these two events at the 1956 Olympics but without success. During her career Szőke set four world records. In 1985 she was inducted into the International Swimming Hall of Fame. 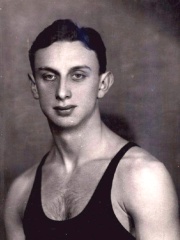 With an HPI of 45.97, Ferenc Csik is the 4th most famous Swimmer.  His biography has been translated into 19 different languages.

Ferenc Csik (12 December 1913 – 29 March 1945) was a Hungarian swimmer who competed in the 1936 Summer Olympics. In the 1936, Olympics he won a gold medal in the 100 m freestyle event and a bronze medal in the 4×200 m freestyle relay event. Csik went on to become a medical doctor, and died during World War II in an air raid while assisting a wounded man. 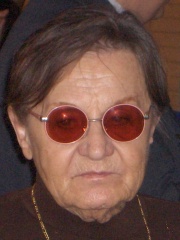 With an HPI of 45.00, Judit Temes is the 5th most famous Swimmer.  Her biography has been translated into 17 different languages.

Judit Temes (Hungarian pronunciation: [ˈjudit ˈtɛmɛʃ]; October 10, 1930 – August 11, 2013) was a Hungarian swimmer and Olympic champion. Temes, who was Jewish, was born in Sopron. She competed at the 1952 Olympic Games in Helsinki, where she received a bronze medal in 100 m freestyle, and a gold medal in 4 × 100 m freestyle relay.After retirement she pursued a medical career and earned her medical degree in 1955 from the Budapest University of Medicine. Later on she worked for the university pathology department and cancer research institute and then headed the St. Elizabeth Hospital Department of Pathology. 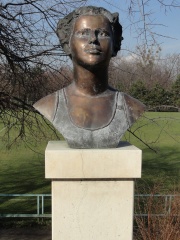 With an HPI of 42.99, Ilona Novák is the 6th most famous Swimmer.  Her biography has been translated into 17 different languages.

Ilona Novák (16 May 1925 – 14 March 2019) was a Hungarian swimmer and Olympic champion. She competed at the 1948 Olympic Games in London, where she finished 4th in 100 m backstroke and 5th in 4 × 100 m freestyle relay. At the 1952 Olympic Games in Helsinki she received a gold medal in 4 × 100 m freestyle relay as captain of the Hungarian team.She was inducted into the International Swimming Hall of Fame in Fort Lauderdale, Florida in 1973, together with her sister, Éva Novák. 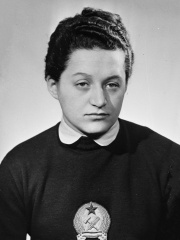 With an HPI of 42.55, Valéria Gyenge is the 7th most famous Swimmer.  Her biography has been translated into 18 different languages.

Valéria Gyenge (born 3 April 1933) is a Hungarian swimmer who won the 400 m freestyle event at the 1952 Summer Olympics. She remained a leader in this event until 1956, but finished in a disappointing eighth place at the 1956 Olympics. In 1978, she was inducted into the International Swimming Hall of Fame. 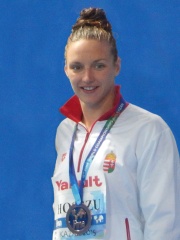 With an HPI of 40.93, Katinka Hosszú is the 8th most famous Swimmer.  Her biography has been translated into 39 different languages.

Katinka Hosszú (Hungarian: [ˈkɑtiŋkɑ ˈhossuː]; born 3 May 1989) is a Hungarian competitive swimmer specialized in individual medley events. She is a three-time Olympic champion and a nine-time long-course world champion. She is owner of a Budapest based swim school and swim club called Iron Swim Budapest, and co-owner and captain of Team Iron, founding member of the International Swimming League. Hosszú is the current world record holder in 100-meter individual medley, 200-meter individual medley (long course and short course), 400-meter individual medley (long course) and 200-meter backstroke (short course). She was the first swimmer (male or female) to hold world records in all five individual medley events at the same time. She holds two-thirds of the Hungarian national records. Hosszu was named FINA Swimmer of the Year in 2014, 2015, 2016 and 2018, and won SwimSwam's Swammy Award for Female Swimmer of the Year in 2013.She has competed at five Summer Olympics: 2004, 2008, 2012, 2016, and 2020. Hosszú currently swims for her own team, Team Iron Swim Budapest. After a long tenure under head coach Shane Tusup, who was her husband, following their divorce Hosszú was coached by Dave Salo before moving onto Árpád Petrov. At the end of 2019 she parted ways with Petrov, and by the following year had hired József Nagy to be her coach.She is one of the most versatile swimmers in the world, and was nicknamed the "Iron Lady", which she has since turned into a fast growing international brand. In 2014 she became the first race-prize dollar millionaire (man or woman) in swimming history.According to Forbes magazine she is considered the most valuable Hungarian athlete, ranking the first position for the last five years. 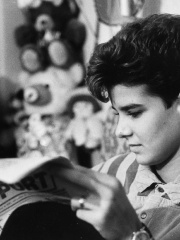 With an HPI of 40.67, Krisztina Egerszegi is the 9th most famous Swimmer.  Her biography has been translated into 30 different languages.

Krisztina Egerszegi (Hungarian pronunciation: [ˈkristinɒ ˈɛɡɛrsɛɡi]; born 16 August 1974) is a Hungarian former world record holding swimmer and one of the greatest Hungarian Olympic champions of the modern era. She is a three-time Olympian (1988, 1992 and 1996) and five time Olympic champion; and one of four individuals (Dawn Fraser, Michael Phelps and Katie Ledecky being the other three) to have ever won the same swimming event at three consecutive Summer Olympics. She is the first female swimmer to win five individual Olympic gold medals.Egerszegi held the world record in the long course 200 m backstroke for almost 17 years. In 2013, she was awarded the Hungarian Order of Saint Stephen. 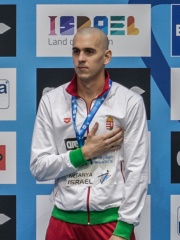 With an HPI of 39.67, László Cseh is the 10th most famous Swimmer.  His biography has been translated into 32 different languages.

László Cseh (pronounced [ˈlaːsloː ˈt͡ʃɛ]; born 3 December 1985) is a retired Hungarian competitive swimmer and six-time Olympic medalist. He is a 33-time European Champion. His father, László Cseh Sr., also represented Hungary at the Olympics in swimming. In 2020 Braden Keith of SwimSwam nominated him as number 1 within top 10 male swimmers who have never won Olympic gold.

Pantheon has 25 people classified as swimmers born between 1878 and 2000. Of these 25, 19 (76.00%) of them are still alive today. The most famous living swimmers include Valéria Gyenge, Katinka Hosszú, and Krisztina Egerszegi. The most famous deceased swimmers include Alfréd Hajós, István Bárány, and Katalin Szőke. As of April 2022, 4 new swimmers have been added to Pantheon including Andrea Gyarmati, Zoltán Verrasztó, and Dávid Verrasztó.

Which Swimmers were alive at the same time? This visualization shows the lifespans of the 6 most globally memorable Swimmers since 1700.