This page contains a list of the greatest Swedish Skiers. The pantheon dataset contains 541 Skiers, 56 of which were born in Sweden. This makes Sweden the birth place of the 5th most number of Skiers behind Germany and Switzerland.

The following people are considered by Pantheon to be the top 10 most legendary Swedish Skiers of all time. This list of famous Swedish Skiers is sorted by HPI (Historical Popularity Index), a metric that aggregates information on a biography’s online popularity. Visit the rankings page to view the entire list of Swedish Skiers. 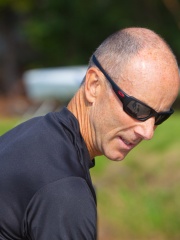 With an HPI of 62.69, Ingemar Stenmark is the most famous Swedish Skier.  His biography has been translated into 47 different languages on wikipedia.

Jan Ingemar Stenmark (Swedish pronunciation: [ˈɪ̌ŋː(ɛ)mar ˈstêːnmark]; born 18 March 1956) is a Swedish former World Cup alpine ski racer. He is regarded as one of the most prominent Swedish athletes ever, and as the greatest slalom and giant slalom specialist of all time. He competed for Tärna IK Fjällvinden. 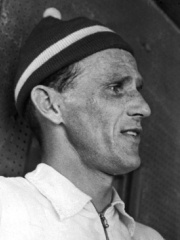 With an HPI of 54.22, Sixten Jernberg is the 2nd most famous Swedish Skier.  His biography has been translated into 28 different languages.

Edy Sixten Jernberg, known as "Sixten", (6 February 1929 – 14 July 2012) was a Swedish cross-country skier and one of the most successful cross-country skiers of all time. Between 1952 and 1964 he took part in 363 ski races, finishing within the podium in 263 and winning 134 of them; during this period he won four world titles and nine Olympic medals. In 12 starts over three consecutive Winter Games he never finished worse than fifth place, and between 1955 and 1960, he won 86 out of 161 competitions.Jernberg was a blacksmith and a lumberjack before beginning his career as a cross-country skier. He specialized in the longer distances, with four of his eight gold medals coming over 50 km, one over 30 km and three in the 4 × 10 km relay. He also won Vasaloppet twice, 1955 and 1960. He won the 15 km at the Holmenkollen ski festival in 1954. At one competition, Jernberg had a fever and coughed up blood, but still finished the 50 km event. Gunde Svan said: "It was almost like [Sixten] didn't like his own body and tried to punish it in different ways."For his cross-country skiing successes, Jernberg was awarded the Holmenkollen medal in 1960 (shared with Helmut Recknagel, Sverre Stensheim and Tormod Knutsen). He was also awarded the Svenska Dagbladet Gold Medal in 1956 (shared with pentathlete Lars Hall).Jernberg retired after the Olympic Winter Games of 1964. In 1965, the International Olympic Committee awarded Jernberg the Mohammed Taher Trophy for his contributions to Nordic skiing. He died of stroke at the age of 83. His nephew Ingemar became an Olympic pole vaulter. 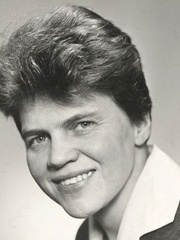 With an HPI of 49.52, Sonja Edström is the 3rd most famous Swedish Skier.  Her biography has been translated into 21 different languages. 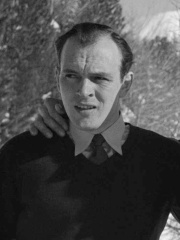 With an HPI of 48.42, Gunnar Eriksson is the 4th most famous Swedish Skier.  His biography has been translated into 19 different languages.

Krång Erik Gunnar Eriksson (13 September 1921 – 8 July 1982) was a Swedish cross-country skier who won two medals at the 1948 Winter Olympics, a gold in the 4 × 10 km relay and a bronze in the individual 18 km. Eriksson won the 50 km event at the 1950 FIS Nordic World Ski Championships, but finished 12th at the 1952 Olympics and 21st at the 1954 World Championships.Eriksson had five brothers and three sisters. Their father died aged 42, and the children had to start working in their teens at the local knife factory; in 1946 they started their own hardware business. Eriksson married Kerstin Norlin, the winner of the 1949 Vasa ski marathon, who lived next door. She died aged 38. After retiring from competitions in 1954 Eriksson spent time collecting stamps, fishing, hunting and working as timberjack. In 1980 he developed Lou Gehrig’s disease and died in July 1982. 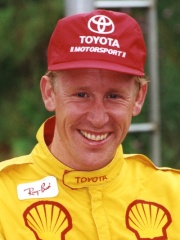 With an HPI of 48.31, Gunde Svan is the 5th most famous Swedish Skier.  His biography has been translated into 25 different languages.

Gunde Anders Svan (born 12 January 1962) is a Swedish former cross-country skier and auto racing driver. During his cross-country skiing career he won a total of four gold, one silver and one bronze medals at the Winter Olympics. Svan won a total of seven golds, three silvers, and one bronze at the FIS Nordic World Ski Championships. Svan also won the 15 km once (1983) and the 50 km twice (1986, 1990) at the Holmenkollen ski festival. In 1984, he earned the Svenska Dagbladet Gold Medal, and in 1985, he earned the Holmenkollen medal (shared with Anette Bøe and Per Bergerud). He is a board member of the International Ski Federation. 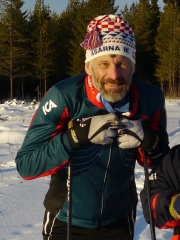 With an HPI of 47.86, Thomas Wassberg is the 6th most famous Swedish Skier.  His biography has been translated into 22 different languages.

Thomas Lars Wassberg (born 27 March 1956) is a Swedish former cross-country skier. A fast skating style – push for every leg – is still called "Wassberg" after him in several countries. Wassberg's skiing idols when growing up were Sixten Jernberg and Oddvar Brå. He has described his mental strength and physical fitness as his greatest abilities as a skier, with his main weakness being a lack of sprinting ability.Wassberg won four Olympic gold medals: in 15 km (1980), 50 km (1984), and the 4 × 10 km relay (1984, 1988), and served as the Olympic flag bearer for Sweden in 1988. At the FIS Nordic World Ski Championships, he earned three golds (50 km: 1982, 30 km: 1987, and 4 × 10 km relay: 1987), three silvers (15 km: 1985, 1987; 50 km (1987), and one bronze (4 × 10 km relay: 1985). Additionally, Wassberg won the 50 km at the Holmenkollen ski festival three times (1980, 1982 and 1987) and the 15 km twice (1979, 1985).At the 1980 Winter Olympics in Lake Placid, Wassberg edged out Finland's Juha Mieto by 0.01 seconds in the 15 km, the closest cross-country ski race in Olympic history. Wassberg subsequently suggested to Mieto that the gold medal should be split between them "as one one-hundredth of a second is nothing in a 15-kilometer race". This incident led the International Ski Federation (FIS) to change their timing to the nearest one-tenth of a second. It also resulted in an apocryphal urban legend that Wassberg and Mieto's medals were cut in half and re-welded into half-gold, half-silver medals. At the 1984 Winter Olympics, Wassberg beat out fellow Swede Gunde Svan by 4.9 seconds in the 50 km, the closest margin of victory ever in that event until Giorgio Di Centa edged out Yevgeny Dementyev by 0.8 seconds at the 2006 Winter Olympics though the 2006 event was a mass start event while the 1984 event was an interval start event. He won the World Cup in 1977, and in 1980 was awarded the Holmenkollen medal. For some reason his teammate Sven-Åke Lundbäck did not receive the Svenska Dagbladet Gold Medal in 1978. In protest to this decision Wassberg refused to accept his Svenska Dagbladet Gold Medal in 1980.According to Bengt Erik Bengtsson, Chief of the Nordic Office of the FIS from 1984 to 2004, Wassberg was the first to suggest in 1984 the splitting of the sport of cross country skiing into classic and freestyle disciplines. This was subsequently implemented by FIS in 1986.After retiring from competitions Wassberg worked as a sports reporter for Swedish Radio and a cross-country skiing coach for his club Åsarna IK. In 2009 he appeared on Swedish television in the show contests Mästarnas mästare, and in 2016 participated in Let's Dance 2016 which was broadcast on TV4. In the 2010s he oversaw the preparation of ski tracks for Åsarna IK, organized bird hunting events for tourists and worked as a forester.

With an HPI of 47.39, Jan Boklöv is the 7th most famous Swedish Skier.  His biography has been translated into 19 different languages.

Jan Mauritz Boklöv (born 14 April 1966) is a Swedish former ski jumper who won the 1988–89 World Cup season. He also dominated the Swedish national championships during the late 1980s and early 1990s. He is best known for popularising the now-ubiquitous V-style in the late 1980s and early 1990s.Kurt Elimä was one of Boklöv's trainers. Boklöv competed in two Winter Olympics, finishing seventh in the team large hill event in Calgary in 1988 and 47th in the individual normal hill in Albertville in 1992. At the 1989 Ski Jumping World Championships in Lahti, he finished fifth in the team large hill and tenth in the individual normal hill events. At the 1990 Ski Flying World Championships in Vikersund, Boklöv finished 27th. In 1989 he was the recipient of the Jerringpriset, a prize for the best sports performance of the year by a Swedish athlete, as voted for by the radio audience of Radiosporten. During the early 2000s he lived in Luxembourg., and as of 2016, he is living in Brussels together with his family. 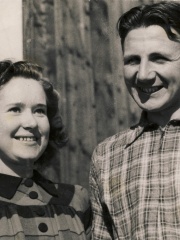 With an HPI of 45.84, Nils Karlsson is the 8th most famous Swedish Skier.  His biography has been translated into 19 different languages. 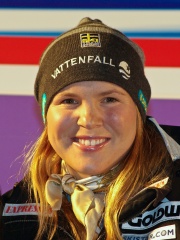 With an HPI of 44.87, Anja Pärson is the 9th most famous Swedish Skier.  Her biography has been translated into 41 different languages. 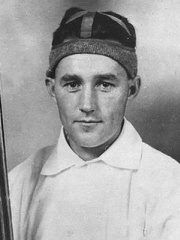 With an HPI of 44.26, Sven Utterström is the 10th most famous Swedish Skier.  His biography has been translated into 15 different languages.

Sven "Uttern" Ludvig Utterström (16 May 1901 – 7 May 1979) was a Swedish skier who competed in cross-country skiing. He was born in Boden, Sweden, raced for Bodens BK, and won several medals at the Winter Olympics, the FIS Nordic World Ski Championships, and the Holmenkollen ski festival. Utterström won the 50 km cross-country event at the Holmenkollen ski festival in 1929 and 1930. He was only the third non-Norwegian to win any event there (Finland's Anton Collin and Martti Lappalainen were the first two, winning the 50 km in 1922 and 1928, respectively.). At the 1928 Winter Olympics he finished ninth in the 18 km competition. Four years later at the 1932 Winter Olympics, Utterström won the 18 km. In the 50 km event he finished sixth. In 1930, he won the 50 km at the FIS Nordic World Ski Championships and was on the 4 × 10 km relay that won the inaugural event at the 1933 Nordic skiing World Championships. He also won a silver in the 50 km at the 1933 event as well. Utterström also won the Svenska Dagbladet Gold Medal in 1929 (Shared with Gillis Grafström).

Pantheon has 56 people classified as skiers born between 1901 and 2000. Of these 56, 50 (89.29%) of them are still alive today. The most famous living skiers include Ingemar Stenmark, Gunde Svan, and Thomas Wassberg. The most famous deceased skiers include Sixten Jernberg, Sonja Edström, and Gunnar Eriksson. As of April 2022, 20 new skiers have been added to Pantheon including Sven Utterström, Barbro Martinsson, and Benny Kohlberg.

Which Skiers were alive at the same time? This visualization shows the lifespans of the 5 most globally memorable Skiers since 1700.