This page contains a list of the greatest Canadian Skaters. The pantheon dataset contains 315 Skaters, 34 of which were born in Canada. This makes Canada the birth place of the 4th most number of Skaters behind Russia and Netherlands.

The following people are considered by Pantheon to be the top 10 most legendary Canadian Skaters of all time. This list of famous Canadian Skaters is sorted by HPI (Historical Popularity Index), a metric that aggregates information on a biography’s online popularity. Visit the rankings page to view the entire list of Canadian Skaters. 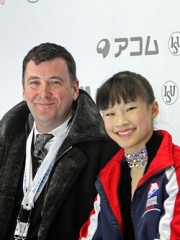 With an HPI of 49.49, Brian Orser is the most famous Canadian Skater.  His biography has been translated into 21 different languages on wikipedia.

Brian Ernest Orser, (born 18 December 1961) is a Canadian former competitive and professional figure skater and coach to Olympic champions. He is the 1984 and 1988 Olympic silver medallist, 1987 World champion and eight-time (1981–88) Canadian national champion. At the 1988 Winter Olympics, the rivalry between Orser and American figure skater Brian Boitano, who were the two favorites to win the gold medal, captured media attention and was described as the "Battle of the Brians". Orser turned professional in 1988 and skated with Stars on Ice for almost 20 years. As a coach, he has led both Yuna Kim (2010) and Yuzuru Hanyu (2014, 2018) to Olympic titles. He also coached Javier Fernández to Olympic bronze (2018) and the 2015 and 2016 World titles. He is a Skating Consultant at the Toronto Cricket Skating and Curling Club. 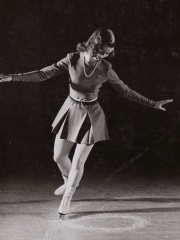 With an HPI of 47.34, Barbara Ann Scott is the 2nd most famous Canadian Skater.  Her biography has been translated into 24 different languages.

Barbara Ann Scott (May 9, 1928 – September 30, 2012) was a Canadian figure skater. She was the 1948 Olympic champion, a two-time World champion (1947–1948), and a four-time Canadian national champion (1944–46, 48) in ladies' singles. Known as "Canada's Sweetheart,” she is the only Canadian to have won the Olympic ladies' singles gold medal, the first North American to have won three major titles in one year and the only Canadian to have won the European Championship (1947–48). During her forties she was rated among the top equestrians in North America. She received many honours and accolades, including being made an Officer of the Order of Canada in 1991 and a member of the Order of Ontario in 2008. 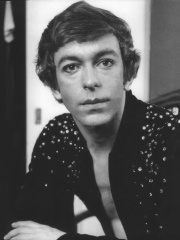 With an HPI of 43.07, Toller Cranston is the 3rd most famous Canadian Skater.  His biography has been translated into 16 different languages.

Toller Shalitoe Montague Cranston, CM (April 20, 1949 – January 24, 2015) was a Canadian figure skater and painter. He won the 1971–1976 Canadian national championships, the 1974 World bronze medal and the 1976 Olympic bronze medal. Despite never winning at the World Figure Skating Championships due to his poor compulsory figures, he won the small medal for free skating at the 1972 and 1974 championships. Cranston is credited by many with having brought a new level of artistry to men's figure skating.

With an HPI of 42.44, Barbara Wagner is the 4th most famous Canadian Skater.  Her biography has been translated into 17 different languages.

Barbara Aileen Wagner (born May 5, 1938) is a Canadian former pair skater. She teamed up with Robert Paul in 1952. They became the 1960 Olympic champions, four-time World champions, and five-time Canadian national champions. After retiring from competition, the pair toured with Ice Capades.Wagner was formerly married to U.S. figure skater James Grogan. She resides in Alpharetta, Georgia, coaching figure skating at the Alpharetta Family Skate Center, the Cooler, and is a member of the Atlanta Figure Skating Club. 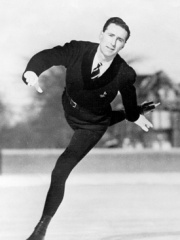 With an HPI of 42.17, Montgomery Wilson is the 5th most famous Canadian Skater.  His biography has been translated into 16 different languages.

With an HPI of 42.01, Robert Paul is the 6th most famous Canadian Skater.  His biography has been translated into 17 different languages.

Robert Paul (born June 2, 1937) is a Canadian former pair skater. He teamed up with Barbara Wagner in 1952. They became the 1960 Olympic champions, four-time World champions, and five-time Canadian national champions. After retiring from competition, the pair toured with Ice Capades.Paul choreographed for Peggy Fleming, Dorothy Hamill, Linda Fratianne, and Donny and Marie. He was one of Mirai Nagasu's coaches. He appeared in the Bewitched episode "Samantha on Thin Ice". 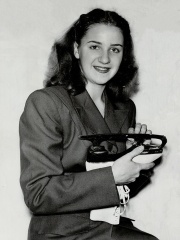 With an HPI of 41.06, Suzanne Morrow Francis is the 7th most famous Canadian Skater.  Her biography has been translated into 16 different languages.

Suzanne Morrow Francis or Dr. Suzanne Morrow Francis (December 14, 1930 – June 11, 2006) was a Canadian figure skater and a Veterinarian. She competed in Ladies' Singles in the 1948 and 1952 Winter Olympics. Between 1947 and 1948, Francis competed in Pairs Mixed competitions with Canadian figure skater Wallace Diestelmeyer. Together they won the bronze medal at the 1948 Winter Olympics and the 1948 World Figure Skating Championships. They were the first pair team to perform the death spiral one-handed, with the man holding the woman in position with one hand, at the 1948 Olympic Games.

With an HPI of 40.61, Donald Jackson is the 8th most famous Canadian Skater.  His biography has been translated into 16 different languages. 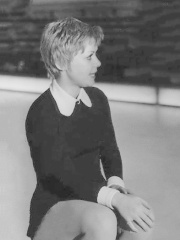 With an HPI of 37.87, Karen Magnussen is the 9th most famous Canadian Skater.  Her biography has been translated into 15 different languages.

Karen Diane Magnussen, OC (born April 4, 1952) is a Canadian former competitive figure skater. She is the 1972 Olympic silver medallist and 1973 World champion. She was Canada's Female Athlete of the Year in 1971 and 1972, and was made an Officer of the Order of Canada in 1973. 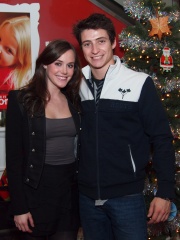 With an HPI of 37.77, Tessa Virtue is the 10th most famous Canadian Skater.  Her biography has been translated into 28 different languages.

Tessa Jane McCormick Virtue (born May 17, 1989) is a Canadian retired ice dancer. With ice dance partner Scott Moir, she is the 2010 and 2018 Olympic champion, the 2014 Olympic silver medalist, a three-time World champion (2010, 2012, 2017), a three-time Four Continents champion (2008, 2012, 2017), the 2016–17 Grand Prix Final champion, an eight-time Canadian National champion (2008–2010, 2012–2014, 2017–2018), the 2006 World Junior champion and the 2006 Junior Grand Prix gold medalists. Virtue and Moir are also the 2018 Olympic gold medalists in the team event and the 2014 Olympic silver medalists in the team event. Upon winning their third Olympic gold medal, they became the most decorated Canadian ice dance team of all time and the most decorated Olympic figure skaters of all time. Widely regarded as one of the greatest ice dance teams of all time, they are the only ice dancers in history to achieve a Super Slam, having won all major international competitions in their senior and junior careers. Virtue and Moir are holders of the world record score for the now-defunct original dance.Virtue and Moir were paired in 1997, at the ages of seven and nine. They are the 2004 Canadian junior champions and became Canada's top ice dance team in 2007. They are the 2008 World silver medalists and the 2009 World bronze medalists and became the first ice dance team to receive a 10.0 for a program component score under the new ISU Judging System. In 2010, they became the first ice dancers from North America to win an Olympic gold medal, ending the 34-year streak of the Europeans. Virtue and Moir are the youngest ice dance team ever to win an Olympic title, the first ice dancers to win a gold medal in their Olympic debut, and the first ice dance team to win Olympic gold on home ice.Virtue and Moir continued to be one of the world's top ice dance teams after their first Olympic victory in 2010. They are the 2010 and 2012 World champions, the 2011 and 2013 World silver medalists, and the 2014 Olympic ice dance and team event silver medalists. After taking a two-season break from the sport, they returned to competition in the fall of 2016 and became the 2017 World champions, having an unprecedented undefeated season. At the 2018 Olympics, they became only the second ice dance team in history to have won two Olympic gold medals in the individual event.Having skated together for over twenty years, Virtue and Moir are the longest-standing ice dance team in Canadian history. In 2018, Time magazine noted that "they've become especially beloved by new and returning spectators alike for their passionate performances and undeniable chemistry, on and off the ice". On September 17, 2019, Virtue and Moir announced that they are "stepping away" from the sport after 22 years as ice dancing partners. In 2020, Virtue and Moir were inducted to the Order of Canada "for their athletic excellence and for inspiring a new generation of figure skaters".

Pantheon has 34 people classified as skaters born between 1909 and 1998. Of these 34, 29 (85.29%) of them are still alive today. The most famous living skaters include Brian Orser, Barbara Wagner, and Robert Paul. The most famous deceased skaters include Barbara Ann Scott, Toller Cranston, and Montgomery Wilson. As of April 2022, 10 new skaters have been added to Pantheon including Montgomery Wilson, Suzanne Morrow Francis, and Donald Jackson.

Which Skaters were alive at the same time? This visualization shows the lifespans of the 4 most globally memorable Skaters since 1700.