This page contains a list of the greatest Spanish Noblemen. The pantheon dataset contains 843 Noblemen, 26 of which were born in Spain. This makes Spain the birth place of the 7th most number of Noblemen behind Austria and Russia.

The following people are considered by Pantheon to be the top 10 most legendary Spanish Noblemen of all time. This list of famous Spanish Noblemen is sorted by HPI (Historical Popularity Index), a metric that aggregates information on a biography’s online popularity. Visit the rankings page to view the entire list of Spanish Noblemen. 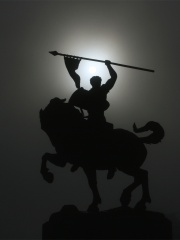 With an HPI of 81.45, El Cid is the most famous Spanish Nobleman.  His biography has been translated into 67 different languages on wikipedia.

Rodrigo Díaz de Vivar (c. 1043 – 10 July 1099) was a Castilian knight and warlord in medieval Spain and came to be known by the Moors as El Cid, and by the Christians as El Campeador. He was born in Vivar del Cid, a village near the city of Burgos. As the head of his loyal knights, he came to dominate the Levant of the Iberian Peninsula at the end of the 11th century. He reclaimed the city of Valencia from Moorish control for a brief period during the Reconquista, creating the independent Señorío de Valencia from 17 June 1094 until his death in 1099; his wife, Jimena Díaz, inherited the city and maintained it until 1102 when it was reconquered by the Moors. Díaz de Vivar became well known for his service in the armies of both Christian and Muslim rulers. After his death, El Cid became Spain's celebrated national hero and the protagonist of the most significant medieval Spanish epic poem, El Cantar de Mio Cid, which presents him as the ideal medieval knight: strong, valiant, loyal, just, and pious. There are various theories on his family history, which remains uncertain; however, he was the grandfather of García Ramírez de Pamplona, King of Navarre, the first son of his daughter Cristina Rodríguez. To this day, El Cid remains a popular Spanish folk-hero and national icon, with his life and deeds remembered in popular culture. 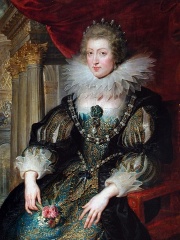 With an HPI of 81.42, Anne of Austria is the 2nd most famous Spanish Nobleman.  Her biography has been translated into 52 different languages.

Anne of Austria (French: Anne d'Autriche; 22 September 1601 – 20 January 1666), a Spanish princess and an Austrian archduchess of the House of Habsburg, was queen of France as the wife of Louis XIII, and powerful regent of France during the minority of her son, Louis XIV, from 1643 to 1651. During her regency, Cardinal Mazarin served as France's chief minister. Accounts of French court life of her era emphasize her difficult marital relations with her husband, her closeness to her son Louis XIV, and her disapproval of her son's marital infidelity to her niece and daughter-in-law Maria Theresa. 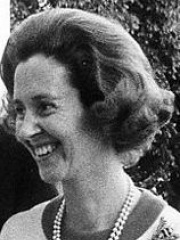 With an HPI of 73.15, Queen Fabiola of Belgium is the 3rd most famous Spanish Nobleman.  Her biography has been translated into 40 different languages.

Doña Fabiola de Mora y Aragón (11 June 1928 – 5 December 2014) was Queen of the Belgians from her marriage to King Baudouin in 1960 until his death in 1993. The couple had no children, so the Crown passed to her husband's younger brother, King Albert II. 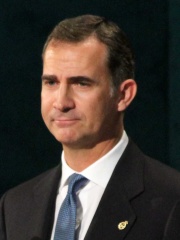 With an HPI of 72.53, Felipe VI of Spain is the 4th most famous Spanish Nobleman.  His biography has been translated into 88 different languages.

Felipe VI or Philip VI (Spanish: [feˈlipe]; Felipe Juan Pablo Alfonso de Todos los Santos de Borbón y Grecia; born 30 January 1968) is the King of Spain. He ascended the throne on 19 June 2014 upon the abdication of his father, Juan Carlos I. His mother is Queen Sofía, and he has two elder sisters, Infanta Elena, Duchess of Lugo, and Infanta Cristina. In 2004, Felipe married TV news journalist Letizia Ortiz with whom he has two daughters, Leonor (his heir presumptive) and Sofía. In accordance with the Spanish Constitution, as monarch, he is head of state and commander-in-chief of the Spanish Armed Forces with military rank of Captain General, and also plays the role of the supreme representation of Spain in international relations.He is a great-great great grandson of Queen Victoria of the United Kingdom and 3rd cousins once removed of Elizabeth II of the United Kingdom. 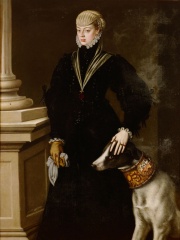 With an HPI of 72.49, Joanna of Austria, Princess of Portugal is the 5th most famous Spanish Nobleman.  Her biography has been translated into 26 different languages.

Joanna of Austria (in Castilian, doña Juana de Austria; in Portuguese, Dona Joana de Áustria, 24 June 1535 – 7 September 1573) was Princess of Portugal by marriage to John Manuel, Prince of Portugal. She served as regent of Spain to her brother Philip II of Spain during his trip to England to marry Mary I in 1554-1556, and from 1556 to 1559. She was the mother of King Sebastian of Portugal. 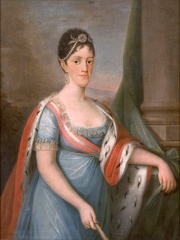 With an HPI of 70.22, Carlota Joaquina of Spain is the 6th most famous Spanish Nobleman.  Her biography has been translated into 34 different languages.

Doña Carlota Joaquina of Spain (Carlota Joaquina Teresa Cayetana; 25 April 1775 – 7 January 1830), was by birth a member of the Spanish branch of the House of Bourbon and Infanta of Spain and by marriage Queen consort of Portugal. Eldest daughter of King Charles IV of Spain and Maria Luisa of Parma, she was married in May 1785 aged 10 with Infante John, Lord of the Infantado and Duke of Beja, second son of Queen Maria I of Portugal, in an attempt to cement ties between the Kingdoms of Spain and Portugal. Detested by the Portuguese court — where she was called "the Shrew of Queluz" (Portuguese: a Megera de Queluz) — Carlota Joaquina also gradually won the antipathy of the people, who accused her of promiscuity and influencing her husband in favor of the interests of the Spanish crown. After the escape of the Portuguese court to Brazil, Carlota Joaquina began conspiring against her husband, claiming that he had no mental capacity to govern Portugal and its possessions, thus wanting to establish a regency. Ambitious, she also planned to usurp the Spanish crown that was in the hands of Napoleon's brother Joseph Bonaparte. After the marriage in 1817 of her son Pedro with the Archduchess Leopoldina of Austria and the later return of the royal family to Portugal in 1821, Carlota Joaquina was confined in the Royal Palace of Queluz, where she died alone and abandoned by her children on 7 January 1830. After her death, Carlota Joaquina (mainly in Brazil) became part of popular culture and an important historical figure, being the subject of several books, films and other media. Some scholars believe that she has had a rough and superficial behavior, attributing to her the fact that she hated Brazil. 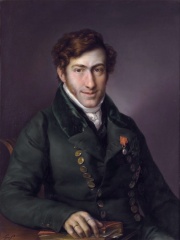 With an HPI of 68.83, Infante Francisco de Paula, Duke of Cádiz is the 7th most famous Spanish Nobleman.  His biography has been translated into 24 different languages.

Infante Francisco de Paula of Spain (10 March 1794 – 13 August 1865) was an Infante of Spain and the youngest son of Charles IV of Spain and Maria Luisa of Parma. He was a brother of Ferdinand VII, as well as the uncle and father-in-law of Isabella II. His education at the Spanish court was derailed by the Napoleonic intervention in Spain. The departure of the fourteen-year-old Infante to exile in May 1808 provoked a popular uprising that was violently suppressed by French troops. For the next ten years, Infante Francisco de Paula lived in exile with his parents, first in Marseille and later in Rome. Infante Francisco de Paula returned to Spain in 1818, being called by his eldest brother, King Ferdinand VII, who showered him with honors and privileges. Interested in artistic pursuits, Francisco was an amateur singer and painter. In 1819, he married his niece, Princess Luisa Carlotta of Naples and Sicily, the eldest daughter of his older sister Maria Isabella. The couple had eleven children and were very active in political affairs. Luisa Carlotta was instrumental in securing the succession for Ferdinand VII's daughter, Queen Isabella II. During the regency of Isabella II, Francisco was excluded from the government by his sister-in-law, Queen Maria Christina. Siding with the liberals, Francisco de Paula and his wife became active in the opposition and were forced to move to France in 1838. They returned to Spain under the government of Maria Christina's successor as regent, General Espartero. As they also conspired against Espartero, they were sent back into exile. The proclamation of Queen Isabella II's majority allowed them to return. The Infante and his wife centered their hopes on marrying their eldest son, Infante Francisco de Asis, to Queen Isabella II. Luisa Carlotta died in 1844, but, under pressure from French diplomacy, Queen Isabella II married Francisco de Asis in October 1846. As father-in-law to his niece the Queen, Infante Francisco de Paula occupied a prominent position at court during Isabella II's reign. However, as he tried to intervene in politics, he was briefly exiled once again in 1849. In 1852, with the Queen's approval, he contracted a morganatic marriage. He died twelve years later. 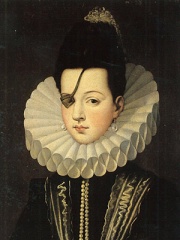 With an HPI of 68.20, Ana de Mendoza, Princess of Eboli is the 8th most famous Spanish Nobleman.  Her biography has been translated into 21 different languages. 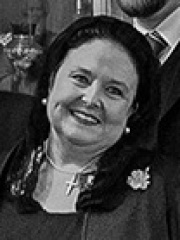 With an HPI of 67.42, Grand Duchess Maria Vladimirovna of Russia is the 9th most famous Spanish Nobleman.  Her biography has been translated into 26 different languages.

Grand Duchess Maria Vladimirovna of Russia (Russian: Мари́я Влади́мировна Рома́нова; born 23 December 1953) has been a claimant to the headship of the Imperial Family of Russia (who reigned as Emperors and Autocrats of All the Russias from 1613 to 1917) since 1992. Although she has used Grand Duchess of Russia as her title of pretence with the style Imperial Highness throughout her life, her right to do so is disputed. She is a great-great-granddaughter in the male line of Emperor Alexander II of Russia. 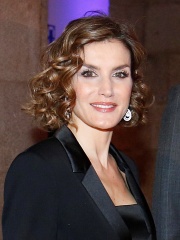 With an HPI of 66.99, Queen Letizia of Spain is the 10th most famous Spanish Nobleman.  Her biography has been translated into 48 different languages.

Letizia Ortiz Rocasolano (Spanish pronunciation: [leˈtiθja oɾˈtiθ]; born 15 September 1972) is Queen of Spain, the wife of King Felipe VI. She came from a middle-class family and worked as a journalist for ABC and EFE before becoming a news anchor at CNN+ and Televisión Española. In 2004, she married Felipe, then Prince of Asturias and heir apparent to the Spanish throne. Their daughters, Leonor and Sofía, were born in 2005 and 2007 respectively. As Princess of Asturias, Letizia represented her father-in-law, King Juan Carlos, in Spain and abroad. On her father-in-law's abdication in June 2014, Felipe and Letizia became king and queen.

Pantheon has 26 people classified as noblemen born between 800 and 2007. Of these 26, 6 (23.08%) of them are still alive today. The most famous living noblemen include Felipe VI of Spain, Grand Duchess Maria Vladimirovna of Russia, and Queen Letizia of Spain. The most famous deceased noblemen include El Cid, Anne of Austria, and Queen Fabiola of Belgium. As of October 2020, 9 new noblemen have been added to Pantheon including Isabella of Aragon, Queen of Germany, Infanta Amalia of Spain, and Infante Gonzalo of Spain.

Which Noblemen were alive at the same time? This visualization shows the lifespans of the 10 most globally memorable Noblemen since 1700.