This page contains a list of the greatest Astronomers. The pantheon dataset contains 531 Astronomers, 24 of which were born in Italy. This makes Italy the birth place of the 5th most number of Astronomers behind United Kingdom and France.

The following people are considered by Pantheon to be the top 10 most legendary Astronomers of all time. This list of famous Astronomers is sorted by HPI (Historical Popularity Index), a metric that aggregates information on a biography’s online popularity. Visit the rankings page to view the entire list of Astronomers. 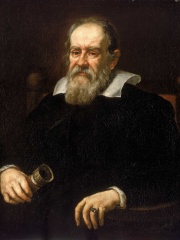 With an HPI of 94.55, Galileo Galilei is the most famous Astronomer.  His biography has been translated into 188 different languages on wikipedia.

Galileo di Vincenzo Bonaiuti de' Galilei (15 February 1564 – 8 January 1642) was an Italian astronomer, physicist and engineer, sometimes described as a polymath. Commonly referred to as Galileo, his name was pronounced (GAL-ih-LAY-oh GAL-ih-LAY-ee, Italian: [ɡaliˈlɛːo ɡaliˈlɛi]). He was born in the city of Pisa, then part of the Duchy of Florence. Galileo has been called the "father" of observational astronomy, modern physics, the scientific method, and modern science.Galileo studied speed and velocity, gravity and free fall, the principle of relativity, inertia, projectile motion and also worked in applied science and technology, describing the properties of pendulums and "hydrostatic balances". He invented the thermoscope and various military compasses, and used the telescope for scientific observations of celestial objects. His contributions to observational astronomy include telescopic confirmation of the phases of Venus, observation of the four largest satellites of Jupiter, observation of Saturn's rings, and analysis of lunar craters and sunspots. Galileo's championing of Copernican heliocentrism (Earth rotating daily and revolving around the sun) was met with opposition from within the Catholic Church and from some astronomers. The matter was investigated by the Roman Inquisition in 1615, which concluded that heliocentrism was foolish, absurd, and heretical since it contradicted Holy Scripture.Galileo later defended his views in Dialogue Concerning the Two Chief World Systems (1632), which appeared to attack Pope Urban VIII and thus alienated both the Pope and the Jesuits, who had both supported Galileo up until this point. He was tried by the Inquisition, found "vehemently suspect of heresy", and forced to recant. He spent the rest of his life under house arrest. During this time, he wrote Two New Sciences (1638), primarily concerning kinematics and the strength of materials, summarizing work he had done around forty years earlier. 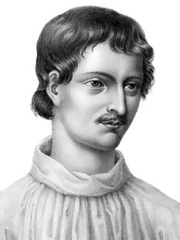 With an HPI of 85.43, Giordano Bruno is the 2nd most famous Astronomer.  His biography has been translated into 109 different languages.

Giordano Bruno (; Italian: [dʒorˈdaːno ˈbruːno]; Latin: Iordanus Brunus Nolanus; born Filippo Bruno, January or February 1548 – 17 February 1600) was an Italian philosopher, mathematician, poet, cosmological theorist, and Hermetic occultist. He is known for his cosmological theories, which conceptually extended the then novel Copernican model. He proposed that the stars were distant suns surrounded by their own planets, and he raised the possibility that these planets might foster life of their own, a cosmological position known as cosmic pluralism. He also insisted that the universe is infinite and could have no "center". While Bruno began as a Dominican friar, during his time in Geneva he embraced Calvinism. Bruno was later tried for heresy by the Roman Inquisition on charges of denial of several core Catholic doctrines, including eternal damnation, the Trinity, the divinity of Christ, the virginity of Mary, and transubstantiation. Bruno's pantheism was not taken lightly by the church, nor was his teaching of the transmigration of the soul (reincarnation). The Inquisition found him guilty, and he was burned at the stake in Rome's Campo de' Fiori in 1600. After his death, he gained considerable fame, being particularly celebrated by 19th- and early 20th-century commentators who regarded him as a martyr for science, although most historians agree that his heresy trial was not a response to his cosmological views but rather a response to his religious and afterlife views. However, some historians do contend that the main reason for Bruno's death was indeed his cosmological views. Bruno's case is still considered a landmark in the history of free thought and the emerging sciences.In addition to cosmology, Bruno also wrote extensively on the art of memory, a loosely organized group of mnemonic techniques and principles. Historian Frances Yates argues that Bruno was deeply influenced by the Empedocles, Neoplatonism, Renaissance Hermeticism, and Genesis-like legends surrounding the Hellenistic conception of Hermes Trismegistus. Other studies of Bruno have focused on his qualitative approach to mathematics and his application of the spatial concepts of geometry to language. 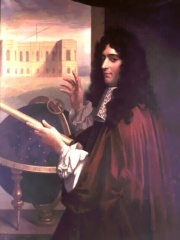 With an HPI of 70.97, Giovanni Domenico Cassini is the 3rd most famous Astronomer.  His biography has been translated into 67 different languages.

Giovanni Domenico Cassini, also known as Jean-Dominique Cassini (8 June 1625 – 14 September 1712) was an Italian (naturalised French) mathematician, astronomer and engineer. Cassini was born in Perinaldo, near Imperia, at that time in the County of Nice, part of the Savoyard state. Cassini is known for his work on astronomy and engineering. He discovered four satellites of the planet Saturn and noted the division of the rings of Saturn; the Cassini Division was named after him. Giovanni Domenico Cassini was also the first of his family to begin work on the project of creating a topographic map of France. The Cassini space probe, launched in 1997, was named after him and became the fourth to visit the planet Saturn and the first to orbit the planet. 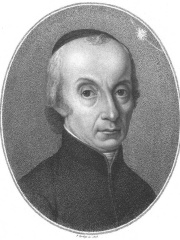 With an HPI of 67.50, Giuseppe Piazzi is the 4th most famous Astronomer.  His biography has been translated into 64 different languages. 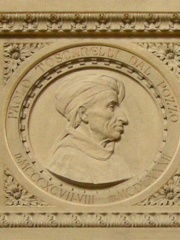 With an HPI of 65.16, Paolo dal Pozzo Toscanelli is the 5th most famous Astronomer.  His biography has been translated into 29 different languages.

Paolo dal Pozzo Toscanelli (1397 – 10 May 1482) was an Italian mathematician, astronomer, and cosmographer. 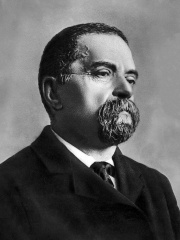 With an HPI of 65.13, Giovanni Schiaparelli is the 6th most famous Astronomer.  His biography has been translated into 55 different languages. 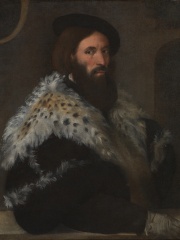 With an HPI of 62.42, Girolamo Fracastoro is the 7th most famous Astronomer.  His biography has been translated into 36 different languages.

Girolamo Fracastoro (Latin: Hieronymus Fracastorius; c. 1476/8 – 6 August 1553) was an Italian physician, poet, and scholar in mathematics, geography and astronomy. Fracastoro subscribed to the philosophy of atomism, and rejected appeals to hidden causes in scientific investigation. His studies of the mode of syphilis transmission are an early example of epidemiology. 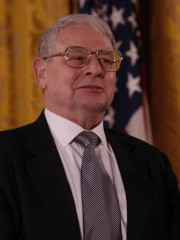 With an HPI of 61.87, Riccardo Giacconi is the 8th most famous Astronomer.  His biography has been translated into 70 different languages.

Riccardo Giacconi ( jə-KOH-nee, Italian: [rikˈkardo dʒakˈkoːni]; October 6, 1931 – December 9, 2018) was an Italian-American Nobel Prize-winning astrophysicist who laid down the foundations of X-ray astronomy. He was a professor at the Johns Hopkins University. 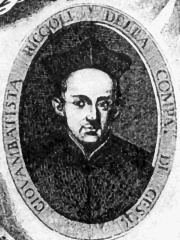 With an HPI of 60.24, Giovanni Battista Riccioli is the 9th most famous Astronomer.  His biography has been translated into 35 different languages.

Giovanni Battista Riccioli, SJ (17 April 1598 – 25 June 1671) was an Italian astronomer and a Catholic priest in the Jesuit order. He is known, among other things, for his experiments with pendulums and with falling bodies, for his discussion of 126 arguments concerning the motion of the Earth, and for introducing the current scheme of lunar nomenclature. He is also widely known for discovering the first double star. He argued that the rotation of the Earth should reveal itself because on a rotating Earth, the ground moves at different speeds at different times. 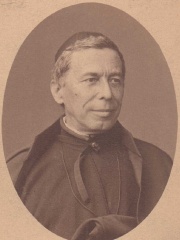 With an HPI of 60.06, Angelo Secchi is the 10th most famous Astronomer.  His biography has been translated into 37 different languages.

Angelo Secchi (Italian pronunciation: [ˈandʒelo ˈsekki]; 28 June 1818 – 26 February 1878) was an Italian Catholic priest, astronomer from the Italian region of Emilia. He was director of the observatory at the Pontifical Gregorian University (then called the Roman College) for 28 years. He was a pioneer in astronomical spectroscopy, and was one of the first scientists to state authoritatively that the Sun is a star.

Which Astronomers were alive at the same time? This visualization shows the lifespans of the 14 most globally memorable Astronomers since 1700.