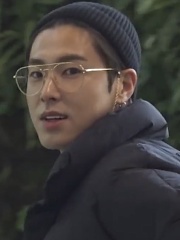 Jung Yun-ho (Korean: 정윤호; Hanja: 鄭允浩; born February 6, 1986), also known by his stage name U-Know Yunho (유노윤호) or simply U-Know, is a South Korean singer-songwriter, actor, and a member of the pop duo TVXQ. Born and raised in Gwangju, South Korea, Yunho started his musical training under the talent agency S.M. Entertainment in 2001 and joined TVXQ in 2003 as the band's leader. Fluent in Korean and Japanese, Yunho has released chart-topping albums throughout Asia as a member of TVXQ. Read more on Wikipedia

Since 2007, the English Wikipedia page of Yunho has received more than 940,928 page views. His biography is available in 22 different languages on Wikipedia making him the 1,419th most popular singer.

Page views of Yunhos by language

Among singers, Yunho ranks 1,426 out of 3,001. Before him are Joey Belladonna, Souad Massi, Bob Welch, Alaska, Charlie McGettigan, and Maurane. After him are Beth Ditto, Barney Greenway, Bobbie Gentry, Doc Pomus, Tina Weymouth, and Gaahl.

Among SINGERS In Korea, South