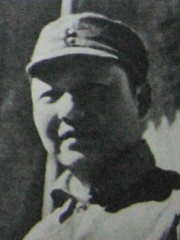 Xi Zhongxun (15 October 1913 – 24 May 2002) was a Chinese communist revolutionary and a subsequent political official in the People's Republic of China. He is considered to be among the first and second generation of Chinese leadership. The contributions he made to the Chinese communist revolution and the development of the People's Republic, from the founding of Communist guerrilla bases in northwestern China in the 1930s to initiation of economic liberalization in southern China in the 1980s, are numerous and broad. Read more on Wikipedia

Xi Zhongxun was a Chinese Communist revolutionary and politician. He is most famous for his role in the Cultural Revolution.

Among politicians, Xi Zhongxun ranks 3,958 out of 15,577. Before him are Duncan I of Scotland, Joachim I Nestor, Elector of Brandenburg, Norodom of Cambodia, Maria Beatrice d'Este, Duchess of Massa, Claudia de' Medici, and Margaret, Countess of Tyrol. After him are Stenkil, Maria Theresa of Austria-Este, Queen of Sardinia, Jangsu of Goguryeo, Naina Yeltsina, Eric III of Denmark, and Ruzi Ying.