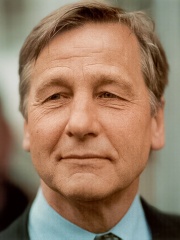 Wolfgang Clement (7 July 1940 – 27 September 2020) was a German politician and a member of the Social Democratic Party of Germany (SPD). He was the 7th Minister President of North Rhine-Westphalia from 27 May 1998 to 22 October 2002 and Federal Minister of Economics and Labour from 2002 to 2005. Read more on Wikipedia

Since 2007, the English Wikipedia page of Wolfgang Clement has received more than 58,480 page views. His biography is available in 15 different languages on Wikipedia making him the 12,320th most popular politician.