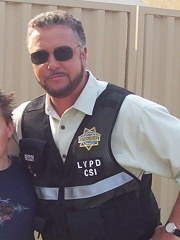 William Louis Petersen (born February 21, 1953) is an American actor and producer. He is best known for his role as Gil Grissom in the CBS drama series CSI: Crime Scene Investigation (2000–2015), for which he won a Screen Actors Guild Award and was nominated for a Golden Globe Award; he was further nominated for three Primetime Emmy Awards as a producer of the show.He also starred in the films To Live and Die in L.A. Read more on Wikipedia

Since 2007, the English Wikipedia page of William Petersen has received more than 2,087,100 page views. His biography is available in 32 different languages on Wikipedia making him the 1,156th most popular actor.