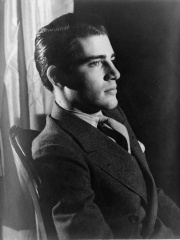 William DeWolf Hopper Jr. (January 26, 1915 – March 6, 1970) was an American stage, film, and television actor. The only child of actor DeWolf Hopper and actress and Hollywood columnist Hedda Hopper, he appeared in predominantly minor roles in more than 80 feature films in the 1930s and '40s. Read more on Wikipedia

Since 2007, the English Wikipedia page of William Hopper has received more than 1,957,813 page views. His biography is available in 18 different languages on Wikipedia making him the 5,033rd most popular actor.