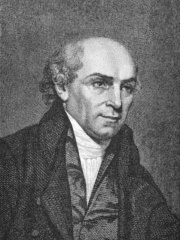 William Carey (17 August 1761 – 9 June 1834) was an English Christian missionary, Particular Baptist minister, translator, social reformer and cultural anthropologist who founded the Serampore College and the Serampore University, the first degree-awarding university in India.He went to Calcutta (Kolkata) in 1793, but was forced to leave the British Indian territory by non-Baptist Christian missionaries. He joined the Baptist missionaries in the Danish colony of Frederiksnagar in Serampore. One of his first contributions was to start schools for impoverished children where they were taught reading, writing, accounting and Christianity. Read more on Wikipedia

William Carey is most famous for being the father of modern missions. He was a British Baptist missionary to India, and he was the first person to translate the Bible into an Indian language.