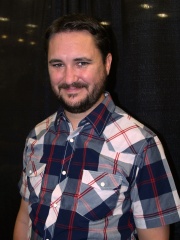 Richard William Wheaton III (born July 29, 1972) is an American actor, blogger, and writer. He portrayed Wesley Crusher on the television series Star Trek: The Next Generation, Gordie Lachance in the film Stand by Me, Joey Trotta in Toy Soldiers and Bennett Hoenicker in Flubber. Wheaton has also appeared in recurring roles as Aqualad in Teen Titans, Cosmic Boy on the Legion of Super Heroes and Mike Morningstar/Darkstar in the Ben 10 universe. Read more on Wikipedia

Since 2007, the English Wikipedia page of Wil Wheaton has received more than 7,275,875 page views. His biography is available in 31 different languages on Wikipedia making him the 2,257th most popular actor.