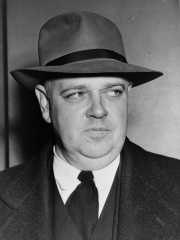 Whittaker Chambers, born Jay Vivian Chambers (April 1, 1901 – July 9, 1961), was an American writer-editor and former Communist spy who, in 1948, testified about Communist espionage, thereafter earning respect from the American Conservative movement. After early years as a Communist Party member (1925) and Soviet spy (1932–1938), he defected from the Soviet underground (1938) and joined Time magazine (1939–1948). Under subpoena in 1948, he testified about the Ware group in what became the Hiss case for perjury (1949–1950), all described in his 1952 memoir Witness. Read more on Wikipedia

Since 2007, the English Wikipedia page of Whittaker Chambers has received more than 541,939 page views. His biography is available in 16 different languages on Wikipedia making him the 4,380th most popular writer.