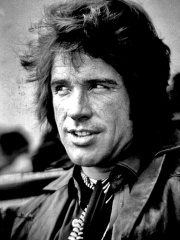 Henry Warren Beatty (né Beaty; born March 30, 1937) is an American actor and filmmaker, whose career spans over six decades. He was nominated for 15 Academy Awards, including four for Best Actor, four for Best Picture, two for Best Director, three for Original Screenplay, and one for Adapted Screenplay – winning Best Director for Reds (1981). Beatty is the only person to have been nominated for acting in, directing, writing, and producing the same film, and he did so twice: first for Heaven Can Wait (with Buck Henry as co-director), and again for Reds.Eight of the films he produced earned 53 Academy nominations. In 1999, he was awarded the Academy's highest honor, the Irving G. Read more on Wikipedia

Warren Beatty is an American actor, producer, and director. He is most famous for his role in the 1967 film Bonnie and Clyde, which he starred in alongside Faye Dunaway.