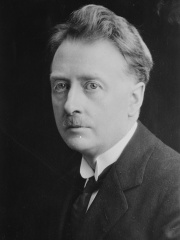 William Thomas Cosgrave (6 June 1880 – 16 November 1965) was an Irish Fine Gael politician who served as President of the Executive Council of the Irish Free State from 1922 to 1932, Leader of the Opposition in both the Free State and Ireland from 1932 to 1944, Leader of Fine Gael from 1934 to 1944, founder and leader of Fine Gael's predecessor, Cumann na nGaedheal, from 1923 to 1933, Chairman of the Provisional Government from August 1922 to December 1922, President of Dáil Éireann from September 1922 to December 1922, Minister for Finance from 1922 to 1923 and Minister for Local Government from 1919 to 1922. He served as a Teachta Dála (TD) from 1921 to 1944. He was a Member of Parliament (MP) for the North Kilkenny constituency from 1918 to 1922.While Cosgrave never officially held the office of Taoiseach (the current title of Ireland's prime minister, created in 1937), he is recognised to have been the first Taoiseach due to having been the Free State's first head of government. Read more on Wikipedia

Since 2007, the English Wikipedia page of W. T. Cosgrave has received more than 233,605 page views. His biography is available in 24 different languages on Wikipedia making him the 12,184th most popular politician.

Among politicians, W. T. Cosgrave ranks 12,092 out of 14,801. Before him are Ralph Gonsalves, Gudrun Schyman, Giorgi Kvirikashvili, Ashur-nadin-ahhe I, Centwine of Wessex, and Paul Manafort. After him are Ayesha Gaddafi, Denzil Douglas, Abdul Aziz al-Hakim, Timo Soini, Tenskwatawa, and Pedro Calungsod.