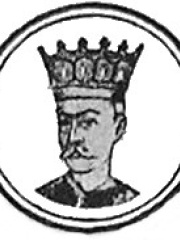 Vladislav II was the ruler of Wallachia in the late fifteenth century. He is most famous for his military campaigns against the Ottoman Empire and his alliance with the Holy Roman Empire.

Page views of Vladislav II of Wallachias by language

Among politicians, Vladislav II of Wallachia ranks 3,453 out of 15,710. Before him are Louis-Jules Trochu, Prince Jean, Duke of Guise, Louis Joseph, Duke of Vendôme, Dion of Syracuse, Gaius Terentius Varro, and Raymond VII, Count of Toulouse. After him are Henry Tingle Wilde, Essad Pasha Toptani, Gaykhatu, André Maginot, Zhu Wen, and Emperor Keikō.