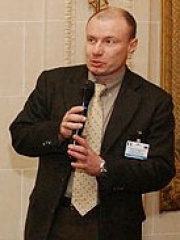 Vladimir Olegovich Potanin (Владимир Олегович Потанин in Russian; born 3 January 1961) is a Russian billionaire, entrepreneur and oligarch. He acquired his wealth notably through the controversial loans-for-shares program in Russia in the early to mid-1990s.He is one of the wealthiest men in Russia, with an estimated net worth of $24.7 billion, according to the 2020 Forbes The World's Billionaires list, which also ranked him the richest man in Russia. His long-term business partner was Mikhail Prokhorov until they decided to split in 2007. Read more on Wikipedia

Since 2007, the English Wikipedia page of Vladimir Potanin has received more than 720,763 page views. His biography is available in 18 different languages on Wikipedia making him the 12,083rd most popular politician.