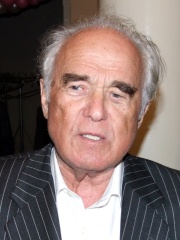 Vitaliy Andriyovych Masol (Ukrainian: Віталій Андрійович Масол; 14 November 1928 – 21 September 2018) was a politician in his native Ukraine both during and after the era of the Soviet Union (USSR). He held various posts in the Ukrainian SSR, most notably the Head of the Council of Ministers, which is the equivalent of today's Prime Minister, from 1987 until late 1990, when he was forced to resign. He was later Prime Minister of Ukraine, confirmed in that post on 16 June 1994. Read more on Wikipedia

Among politicians, Vitaliy Masol ranks 10,499 out of 15,710. Before her are Carl, Duke of Württemberg, John Doukas, Appius Claudius Pulcher, Iddin-Dagan, Moshoeshoe I, and Piankh. After her are Andreas, Prince of Saxe-Coburg and Gotha, Võ Văn Kiệt, Marino Zorzi, Anton Ulrich, Duke of Saxe-Meiningen, Zidanta II, and Kazimira Prunskienė.