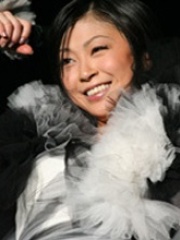 Utada Hikaru (宇多田 ヒカル, born January 19, 1983), who is also known as Hikaru Utada and the mononym Utada (English: , Japanese: [ɯtada]), is a Japanese-American singer-songwriter and producer. Born in the United States to Japanese parents, record producer Utada Teruzane and enka singer Keiko Fuji, Utada began to write music and lyrics at an early age and often traveled to Tokyo as a result of her father's job. Eventually, a recording contract with Toshiba-EMI was signed and, under the stage name Cubic U, Utada released her English-language debut album Precious in early 1998, but it was a commercial failure. Read more on Wikipedia

Since 2007, the English Wikipedia page of Utada Hikaru has received more than 1,215,609 page views. Her biography is available in 36 different languages on Wikipedia making her the 1,290th most popular musician.