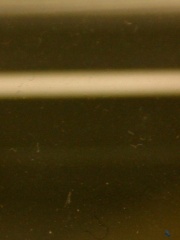 Umar ibn Abd al-Aziz (Arabic: عمر بن عبد العزيز, romanized: ʿUmar ibn ʿAbd al-ʿAzīz; 2 November 680 – c. 5 February 720), commonly known as Umar II (عمر الثاني), was the eighth Umayyad caliph. He made various significant contributions and reforms to the society, and he has been described as and was often called the first Mujaddid and fifth th righteous caliph of Islam.He was also a cousin of the former caliph, being the son of Abd al-Malik's younger brother, Abd al-Aziz. He was also a matrilineal great-grandson of the second caliph, Umar ibn Al-Khattab. Read more on Wikipedia

Umar II was the second caliph of the Umayyad dynasty. He is most famous for his expansion of the Islamic empire into North Africa and the Iberian Peninsula.

Among politicians, Umar II ranks 625 out of 15,577. Before him are Amenhotep I, Chandragupta Maurya, Catiline, Nurhaci, Elena Ceaușescu, and George I of Greece. After him are Gustaf V of Sweden, Sennacherib, Sargon II, Sviatoslav I of Kiev, Grigory Potemkin, and Licinius.