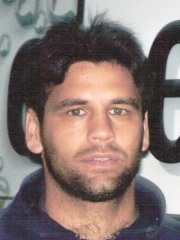 Ulf Kirsten (born 4 December 1965) is a German former professional footballer and manager, who played as a striker. Nicknamed Der Schwatte (dialect for "Der Schwarze", The Black One), he is the first player in history to reach a total 100 caps playing with two different national teams (first for East Germany, then Reunified Germany). Kirsten's biggest success was the victory of the 1992–93 DFB-Pokal. Read more on Wikipedia

Since 2007, the English Wikipedia page of Ulf Kirsten has received more than 198,104 page views. His biography is available in 30 different languages on Wikipedia making him the 1,844th most popular soccer player.