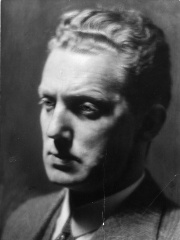 Trygve Emanuel Gulbranssen (baptized Trygve Emanuel Gulbrandsen; 15 June 1894 – 10 October 1962) was a Norwegian novelist, businessman and journalist. Gulbranssen is best known for writing the Bjørndal Trilogy – Og bakom synger skogene (1933), published in English as Beyond Sing the Woods; and Det blåser fra Dauingfjell (1934) and Ingen vei går utenom (1935), collectively translated under the English title The Wind from the Mountains. His books were well received by critics and readers alike, and they have been translated into over 30 languages and sold more than 12 million copies. At one point prior to the outbreak of World War II, the popularity of the Trilogy made Gulbranssen the fourth-bestselling author worldwide, and the success of the American editions of his work secured for him the distinction of being the only Scandinavian author of fiction to be included in the prestigious List of Books Chosen for the White House – a collection of works of literature selected by U.S. Read more on Wikipedia

Among WRITERS In Norway