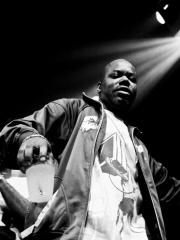 Todd Anthony Shaw (born April 28, 1966), better known by the stage name Too Short (stylized as Too $hort), is an American rapper and record producer famous for his rap lyrics' focus on pimping, promiscuity, drug culture, street survival, as in the songs "The Ghetto" and "Blow the Whistle". A pioneer of West Coast rap, he began recording in 1983, drew renown on Oakland's underground rap scene, and signed a major deal in 1987 with Jive Records, which released his album Born to Mack. Read more on Wikipedia

Since 2007, the English Wikipedia page of Too Short has received more than 1,640,274 page views. His biography is available in 18 different languages on Wikipedia making him the 2,447th most popular singer.

Page views of Too Shorts by language

Among singers, Too Short ranks 2,461 out of 3,001. Before him are Pitty, Ai Takahashi, Masha Katz, E-40, Sasha Song, and Example. After him are Guy Sebastian, Marta Roure, Nam Woo-hyun, Pablo Ruiz, Russian Red, and Monika Kuszyńska.