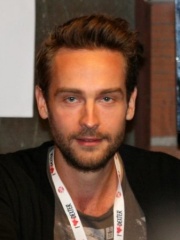 Thomas James Mison (born 23 July 1982) is an English film, television, and theatre actor, voice artist, and writer. He has had leading and supporting roles in a variety of British theatre, television, and radio productions, as well as independent and mainstream studio films and film shorts. He is best known for his starring role as Ichabod Crane on the Fox series Sleepy Hollow, which ran from September 2013 to March 2017. Read more on Wikipedia

Since 2007, the English Wikipedia page of Tom Mison has received more than 1,011,373 page views. His biography is available in 17 different languages on Wikipedia making him the 8,232nd most popular actor.