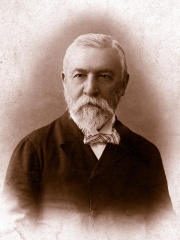 Todor Stoyanov Burmov (Bulgarian: Тодор Стоянов Бурмов) (14 January 1834 – 7 November 1906) was a leading Bulgarian Conservative Party politician and the first Prime Minister of an independent Bulgaria. Burmov was a graduate of the Kiev Theological Academy and subsequently worked as a teacher in Gabrovo and newspaper editor. During the period of Ottoman rule Burmov, along with Gavril Krastevich, came to attention as part of a moderate faction that sought an independent Bulgarian Orthodox Church that would remain linked to the Ecumenical Patriarchate of Constantinople in opposition to more hardline nationalists who advocated a complete schism.Burmov was a close associate of Alexander of Bulgaria and so was chosen as the Prime Minister of the newly independent country on 17 July 1879 despite the relatively weak position of the Conservatives. Read more on Wikipedia