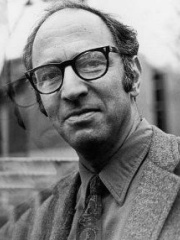 Thomas Samuel Kuhn (; July 18, 1922 – June 17, 1996) was an American historian and philosopher of science whose 1962 book The Structure of Scientific Revolutions was influential in both academic and popular circles, introducing the term paradigm shift, which has since become an English-language idiom. Kuhn made several claims concerning the progress of scientific knowledge: that scientific fields undergo periodic "paradigm shifts" rather than solely progressing in a linear and continuous way, and that these paradigm shifts open up new approaches to understanding what scientists would never have considered valid before; and that the notion of scientific truth, at any given moment, cannot be established solely by objective criteria but is defined by a consensus of a scientific community. Competing paradigms are frequently incommensurable; that is, they are competing and irreconcilable accounts of reality. Read more on Wikipedia

Kuhn's most famous work is The Structure of Scientific Revolutions. In this book, Kuhn argues that scientific progress is not linear but rather is characterized by periods of normal science punctuated by revolutions.

Among historians, Thomas Kuhn ranks 13 out of 339. Before him are Sima Qian, Josephus, Polybius, Suetonius, Alexis de Tocqueville, and Diodorus Siculus. After him are Manetho, Hecataeus of Miletus, Procopius, Cassius Dio, Arnold J. Toynbee, and Johann Joachim Winckelmann.