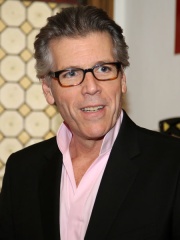 Thomas Walter Hampson (born June 28, 1955) is an American lyric baritone, a classical singer who has appeared world-wide in major opera houses and concert halls and made over 170 musical recordings. Hampson's operatic repertoire spans a range of more than 80 roles, including the title roles in Mozart's Don Giovanni, Rossini's Guillaume Tell and The Barber of Seville, Ambroise Thomas' Hamlet, and Tchaikovsky's Eugene Onegin. Read more on Wikipedia

Since 2007, the English Wikipedia page of Thomas Hampson has received more than 100,322 page views. His biography is available in 18 different languages on Wikipedia making him the 1,126th most popular singer.