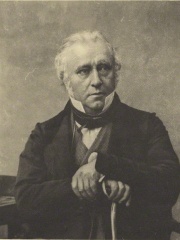 Thomas Babington Macaulay, 1st Baron Macaulay, (; 25 October 1800 – 28 December 1859) was a British historian and Whig politician, who served as the Secretary at War between 1839 and 1841, and as the Paymaster-General between 1846 and 1848, who by his Minute on Indian Education of February 1835 was primarily responsible for the introduction of Western institutional education to India. India's Macaulayism, by which indigenous Indian educational and vocational customs were repressed, included the replacement of the Persian language by the English language as the official language of instruction in all schools, and the training of English-speaking Indians as teachers. Macaulay's Minute on Indian Education contended that "a single shelf of a good European library was worth the whole native literature of India and Arabia... Read more on Wikipedia