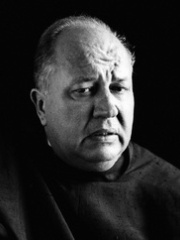 Theodore Huebner Roethke ( RET-kee; May 25, 1908 – August 1, 1963 ) was an American poet. He is regarded as one of the most accomplished and influential poets of his generation, having won the Pulitzer Prize for poetry in 1954 for his book The Waking, and the annual National Book Award for Poetry on two occasions: in 1959 for Words for the Wind, and posthumously in 1965 for The Far Field. His work was characterized by its introspection, rhythm and natural imagery. Roethke was praised by former U.S. Read more on Wikipedia

Among writers, Theodore Roethke ranks 5,026 out of 5,794. Before him are James Herbert, Can Dündar, Chaz Bono, Judy Blume, William Wallace Denslow, and Javed Akhtar. After him are Kenneth Rexroth, Oksana Zabuzhko, Emmanuil Kazakevich, Polly Samson, Chingiz Abdullayev, and Göran Sonnevi.