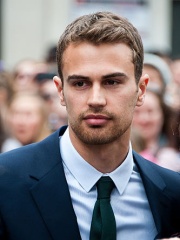 Theodore Peter James Kinnaird Taptiklis (born 16 December 1984) is an English actor and producer. He is known for portraying Tobias "Four" Eaton in The Divergent Series film trilogy. He has also starred in the crime drama series Golden Boy (2013), the horror films Underworld: Awakening (2012) and Underworld: Blood Wars (2016), the action film How It Ends (2018) and most recently in the sci-fi Indie film Archive (2020).In 2015, he became the brand ambassador for Hugo Boss fragrances for men, appearing in print ads and commercials. James also runs a film and television production company Untapped along with Andrew D. Read more on Wikipedia