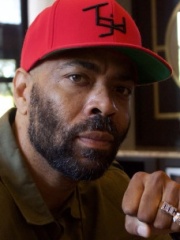 Tracy Lynn Curry (born June 10, 1968), better known as The D.O.C., is an American rapper, songwriter, and record producer. In addition to a solo career, he was a member of the Southern hip hop group Fila Fresh Crew and later collaborated with gangsta rap group N.W.A–where he co-wrote many of their releases–as well as Eazy-E's solo debut album Eazy-Duz-It. He has also worked with Dr. Read more on Wikipedia

Page views of The D.O.C.s by language

Among singers, The D.O.C. ranks 2,053 out of 3,528. Before him are Roy Clark, Hayley Williams, Martika, Salvatore Licitra, Lydia Lunch, and Myriam Fares. After him are Glen Hansard, Marta Sánchez, Chuck D, Rag'n'Bone Man, David Ruffin, and William DuVall.