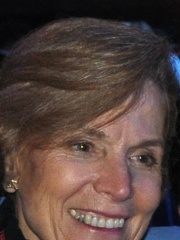 Sylvia Alice Earle (née Reade; born August 30, 1935) is an American marine biologist, oceanographer, explorer, author, and lecturer. She has been a National Geographic explorer-in-residence since 1998. Earle was the first female chief scientist of the U.S. National Oceanic and Atmospheric Administration, and was named by Time Magazine as its first Hero for the Planet in 1998.Earle is part of the group Ocean Elders, which is dedicated to protecting the ocean and its wildlife.Earle gained a large amount of publicity when she was featured in Seaspiracy (2021), a Netflix Original documentary by British filmmaker Ali Tabrizi.Earle eats only a vegetarian diet. Read more on Wikipedia

Sylvia Earle is most famous for her work in oceanography and marine conservation. She is the founder of the Deep Ocean Exploration and Research (DOER) program, which is a program that uses underwater vehicles to explore the deep sea. She has also been the Chief Scientist for the National Oceanic and Atmospheric Administration (NOAA) for over 20 years.