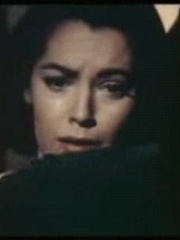 Susanna "Susan" Kohner (born November 11, 1936) is an American former actress who worked in film and television. She is best known for her role as Sarah Jane in Imitation of Life (1959), for which she was nominated for an Oscar and won a Golden Globe award. She played a light-skinned black woman who "passed" for white as a child and young adult.After Kohner married menswear designer and writer John Weitz in 1964, she retired from acting to devote time to her family. Read more on Wikipedia

Since 2007, the English Wikipedia page of Susan Kohner has received more than 668,066 page views. Her biography is available in 19 different languages on Wikipedia making her the 3,583rd most popular actor.