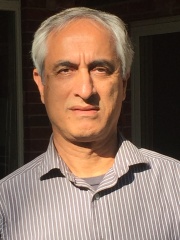 Subhash Kak (born 26 March 1947 in Srinagar) is an Indian-American computer scientist and historical revisionist. He is the Regents Professor of Computer Science Department at Oklahoma State University–Stillwater, an honorary visiting professor of engineering at Jawaharlal Nehru University, and a member of the Indian Prime Minister's Science, Technology and Innovation Advisory Council (PM-STIAC).Kak has published on the history of science, the philosophy of science, ancient astronomy, and the history of mathematics. Kak has also published on archaeoastronomy, and advocated the idea of Indigenous Aryans. Read more on Wikipedia

Since 2007, the English Wikipedia page of Subhash Kak has received more than 206,005 page views. His biography is available in 43 different languages on Wikipedia (up from 39 in 2019). Subhash Kak is the 133rd most popular computer scientist (up from 143rd in 2019), the 586th most popular biography from India (down from 516th in 2019) and the 2nd most popular Indian Computer Scientist.

Among COMPUTER SCIENTISTS In India