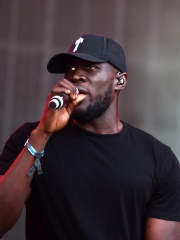 Michael Ebenezer Kwadjo Omari Owuo Jr. (born 26 July 1993), known professionally as Stormzy, is a British rapper, singer and songwriter. In 2014, he gained attention on the UK underground music scene through his Wicked Skengman series of freestyles over classic grime beats.Stormzy's song "Shut Up", which was initially released as a freestyle on YouTube, became popular and peaked at number eight on the UK Singles Chart after he launched a campaign to reach Christmas number one. Read more on Wikipedia

Page views of Stormzies by language

Among singers, Stormzy ranks 3,572 out of 3,528. Before him are Fetty Wap, Roko Blažević, Aesop Rock, Emis Killa, Claudia Faniello, and Vrčak. After him are Adelén, Owen Pallett, Chieko Ochi, Sara Evans, Sukhwinder Singh, and Malini Awasthi.